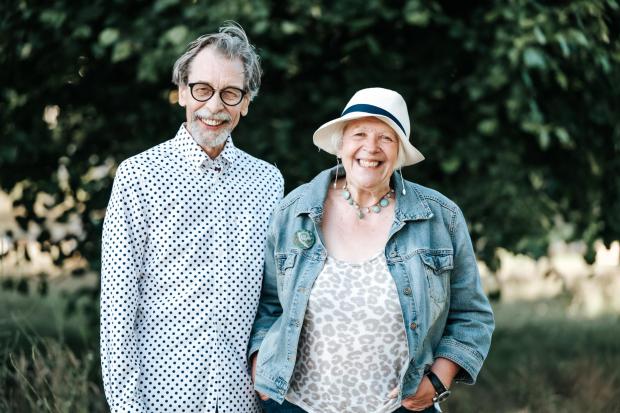 An incredible line-up of celebrated Scottish artists is coming together for an anticipated show with all proceeds going to charity.

For one night only on August 27 at the Oran Mor in Glasgow’s West End, Scottish artists Rab Noakes, Jill Jackson, Carol Laula, Liz Lochhead, Yvonne Lyon, and Farzane Zamen will share the stage.

We Belong to Glasgow is a benefit music and arts showcase organised by Alan Hendry to raise money for Refuweegee, a charity that helps newcomers to Glasgow feel welcome.

This is the first in-person benefit show hosted by Mr Hendry after a series of successful Zoom concerts for Refuweegee drew an impressive following with acts from all over the UK, Canada, Australia and America.

Mr Hendry described the show as “a night of thoughtful music and great fun” with a “cracking line-up”.

Acclaimed singer-songwriters and musicians will each perform three songs and will be joined for poetry readings by renowned poet Liz Lochhead.

Mr Hendry told The Glasgow Times: “It will be a night of great music.

“To be honest, a lot of these artists would probably sell out Oran Mor themselves, so it’s a great opportunity for people to come and see a selection of artists performing on the same stage rather than seeing them as individual shows. It’s some cracking Glasgow artists.”

He added: “I think the work of Refuweegee is so important and I think we’re in the age where, sadly, it’s becoming increasingly more important.

Singer-songwriter Carol Laula said: “I’m so happy to be involved, in this way, with Refuweegee – an organisation that makes Glasgow shine even more brightly.”

Refuweegee launched in 2015 with a goal of making newcomers to Glasgow feel welcome after being displaced from their home countries.

Founder Selina Hales began the charity by creating welcome packs for arrivals that had special handwritten greeting letters from residents.

Ms Hales coordinated the distribution of almost 100 packs a month “to anyone arriving who just needed a little message of support and a gesture of kindness from the existing community”.

The charity has grown from its humble roots to provide clothing and digital support as well as a new space that acts as a social hub with community events, workshops and a whole range of other activities.

Ms Hales said: “For lots of the community that we work with, who we will be bringing along to the gig, it will be their first experience of live music in Glasgow.

“And that’s always something to be celebrated so we can’t wait.”

She added: “And we are ever grateful to all the artists who give their time and energy to nights like this to just spread a little bit of joy and bring people together.

“It’s something important to Refuweegee because our first ever event was a gig at Glasgow Barrowlands, and we have seen what that shared experience of music and going out, how that builds really strong connections with people who have recently arrived.”