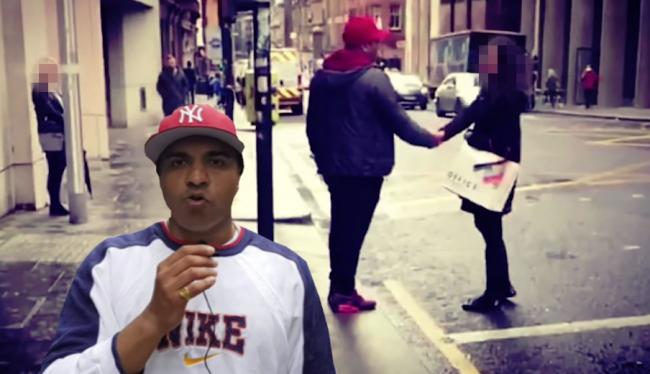 A PICK UP artist serving time for posting secret footage of him pestering women online will have his bid to clear his name considered later this year.

The 39-year-old had secretly filmed himself approaching dozens of women in Glasgow and Eastern Europe.

He posted the footage onto his YouTube channel. Ahmed also included audio recorded during sex.

Sheriff Lindsay Wood sent Ahmed, of Maryhill, Glasgow, to prison for two years and put him on the Sex Offenders Register for 10 years.

Ahmed believes he has fallen victim to a miscarriage of justice and has instructed lawyers to go to the Court of Criminal Appeal in Edinburgh on his behalf.

Ahmed’s hearing will take place in September 2020. The date was fixed following a procedural hearing at the Court of Criminal Appeal on Thursday.

His legal team will address a panel of judges and will ask them to quash his conviction. They will also appeal against his sentence.

Ahmed approached dozens of women in the Glasgow and Lanarkshire areas.

He described himself as being a “lifestyle coach”. A BBC investigation into Ahmed’s activities revealed he was part of a global network of “pick-up artists” who practise what they call “game”.

YouTube has since removed hundreds of videos and deactivated two channels run by Addy A-Game and another group called Street Attraction. In his videos, Ahmed could be seen approaching women in the street. He then posted clips online offering advice to other men.

In the videos – which he claimed were “educational”-  he offered tips on how to overcome “last-minute resistance” to sex. One clip included audio of a woman apparently recorded during sex.

Five young women, aged between 16 and 21, gave evidence at his trial about how they had been intimidated by Ahmed in Glasgow city centre and in Uddingston, South Lanarkshire.

The trial heard how Ahmed approached two schoolgirls in a secluded lane in Uddingston, South Lanarkshire, in 2016, when they were aged 16 and 17.

He called one of them “pretty”, tried to get her phone number and made her feel “uncomfortable” but she walked away.

Another woman broke down in court as she described how Ahmed followed her through Glasgow city centre and grabbed her head as he tried to kiss her.

A social worker who compiled a background report on Ahmed prior to sentencing described his behaviour as “entrenched.”

Defence counsel Donna Armstrong said: “The accused accepts he was convicted and will change the way he speaks to women.”

He told him: “You gave evidence and said that the victims were lying or mistaken, but the jury thought otherwise.

“It was very obvious when they gave evidence how they were affected.

“You have acquired notoriety and an unenviable reputation, the public will be wise to such inappropriate behaviour by you and others like you.” 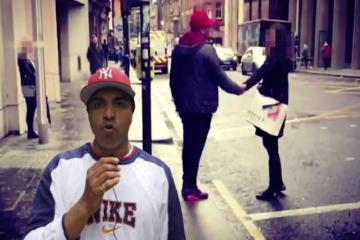