A SONG can mean everything to a person. The power of music simply cannot be underestimated and the healing that is visited upon a soul through some familiar melodies can be significant.

The same is true for the artists who craft these songs. Writing can be, in itself, a therapy for the troubled mind. Truly, getting lost in creation is the ideal solution. It is especially cathartic when the trouble is writer’s block – the only issue, then, is that initial inspiration.

Blocks can take many forms and manifest in many ways. But those struggles are eventually blown away in a quite stunning outpouring of creative.

It is August, 2017, and Be Charlotte has hit a wall. The creative process has just been a little too laboured. Confidence has taken a bit of a blow and, as a result, nothing seems to be working out. 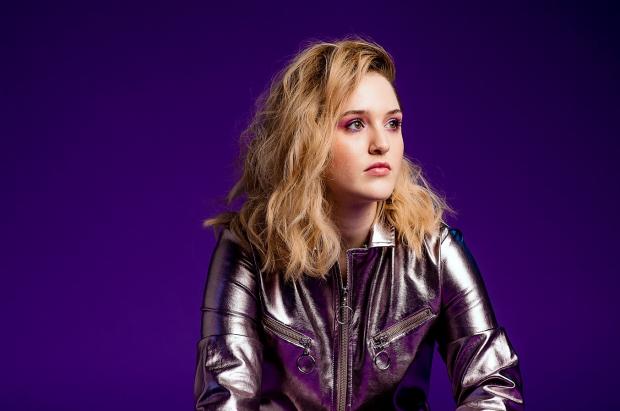 “I think I was in a bit of a writer’s block,” the Dundee singer tells The Weekender. It had been a while since she had written a song and her efforts to break from the block’s grip had been unfruitful. She traces the cause back to a disappointing group-writing session earlier that summer.

She says: “Most of the time I sit at home and I write songs and produce songs myself, but other times I’ll go to a writing session where you will meet a person for the first time and have to write a song with them that day.

“I had been doing that for that year – 2017 – and there was one session where I just felt really patronised and really disrespected. Sometimes it’s hard to shake off that feeling, and it maybe put me into a bit of a writer’s block for a while.

“I was feeling a bit uninspired, a little bit depressed, and I wasn’t really sure what I wanted to do next. Sometimes, to try and get out of that I’ll just sit and play chords on the piano or guitar and what comes out – to not overthink – and that’s what happened with this song.”

This song is Be Charlotte’s most recent release Lights Off – a track which is equal parts haunting and upbeat. It pays homage to the feelings she had been facing at the time, but it is anchored by an empowerment that only comes from inner confidence.

Charlotte notes that she initially had the track down as a piano ballad, but it was developed into a more driven and optimistic pop-song.

While its release has been more than two years since its inception, Lights Off has been a staple in Be Charlotte live shows.

Music is so powerful in the way it can make us all feel. I hope this song can help people who are maybe feeling how I felt at the time.”

It has always been a song eager to get out in the world, but after some tinkering, it was given the nod for 2020.

“It’s a song that’s already opened a lot of doors for me,” the singer adds. “Columbia, my record company, have always liked it and have always wanted to release it. And it’s always been one of the more popular songs when I play shows and lots of people have been asking when I would be releasing it.

“So, for it to have come from that place that it did, it kind of feels like it has done what it was supposed to do on a personal note. And if other people might be able to get that little bit of hope or inspiration from it, then it’s done its job there as well.

“This song had been the first thing I had written in ages and I really liked it so I went with it. All the lyrics are the original lyrics that I wrote in August 2017 – there were a few tweaks but I haven’t really changed anything because I really liked the sentiment that they had and they just describe the feeling of that time.

“Music is so powerful in the way it can make us all feel. I hope this song can help people who are maybe feeling how I felt at the time.”

Of course, with the ongoing coronavirus wreaking havoc on the country, Charlotte has considered putting the song’s release back even further.

However, she considered the circumstances she had been facing at the time she wrote the track – when she was feeling depressed and in need of expression – and she wondered if the lockdown situation has presented others with the same obstacles. 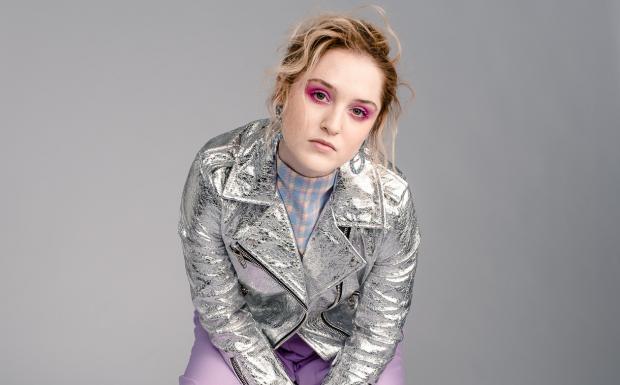 “It’s a difficult time,” she said. “No one really knows the right thing to do in any real capacity. I’m sure every industry is just trying to adjust to this new normal that we are all living in.

“When the lockdown first happened, I wasn’t very keen on releasing new music – I didn’t really think it was appropriate. I thought that a lot of people would be going through a difficult time and were losing loved-ones and not being able to see family, and I thought it wouldn’t feel right.

“But I found I was always going on YouTube and looking to find new music to watch or listen to and it did really help me to see so many bands releasing music.

“And, regardless of the virus and the lockdown, you never know when the best time is to be releasing new music – that was something at the back of my head as well.

“Then you realise that this situation will be going on for a while, and we’re not going to be able to play shows any time soon, then maybe getting some new music out there will help distract people for a bit at this time.”

Within the first ten days, Lights Off had been streamed more than 50,000 times – with around 10,000 views on the music video, shot in Glasgow just weeks before the lockdown hit.

It’s just the best feeling to see people listening to a song that you have written – I don’t think that feeling will ever go away.”

While February in Govan may not have been the most desirable destination for a shoot, there can be no complaints with the end product. It is a different look for the artist, but a direction she was eager to take with Lights Off.

She adds: “It was like a proper pop music video – which is something that I’d wanted to do for so long. There were dancers and cool lights.

“It was pretty cold because it was February – we were barefoot on the floor and we were freezing. We had little heat packs all over to keep us warm.

“It was an intense day but I knew it would be totally worth it. We are so happy with it and so exciting that people can now see it. It’s totally different from anything we have put out there before.”

Despite having a number of hits under her belt, Charlotte admits he was still a little apprehensive in the lead up to the release.

The singer says: “You never know if anyone is going to listen to your song when you release it, but it’s been amazing – so many people sharing the song and sharing their own experiences about what the song is talking about. It just feels so good to get the song out there in the world.

“I’ve been playing it at my live shows for the past three years; a lot of people did already know and a lot were waiting on it coming out. It’s just the best feeling to see people listening to a song that you have written – I don’t think that feeling will ever go away.”

Lights Off is available to stream now, with a music video on YouTube. 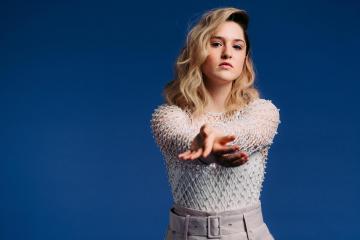 TV REALITY star Gemma Collins has announced a UK theatre tour – and she is coming to Glasgow. Glasgow Times | What’s On Glasgow …