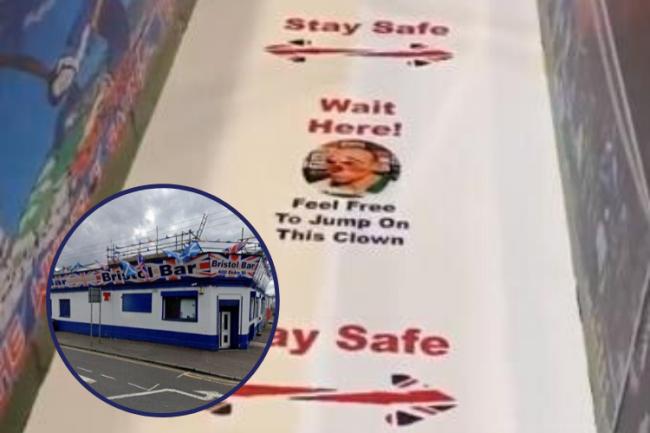 Rangers pub the Bristol Bar has been criticised for their Scott Brown ‘stunt’ where they urged punters to ‘stamp’ on the Celtic captain’s face upon entry.

The pub received a makeover ahead of its reopening following the coronavirus-enforced closure. And as part of the Duke Street establishment’s new look, stickers of Brown in clown makeup were plastered on the floor. The picture – to help enforce social distancing – comes accompanied with the line ‘Wait here, feel free to stamp on this clown’.

Nil By Mouth charity director David Scott has now accused the owners of making a ‘misjudgement’ which brings ‘nothing positive’.

He told Glasgow Times: “There’s a fine line between football rivalry and nastiness and this pub has misjudged it. No one’s asking fans to walk arm in arm down Sauchiehall Street singing Kumbaya but basic levels of human decency shouldn’t be too much to expect.

“Let’s not forget that before Covid19 hit earlier this year we’d seen incidents with players including Scott Brown and Alfredo Morelos being subjected to pretty nasty verbal abuse by halfwits in the city. Nothing good or positive comes from this sort of stunt.”

The Bristol Bar has been approached by Glasgow Times for comment.

It comes after the pub was widely praised at the start of lockdown when they opened their doors to offer a free breakfast club.

Get involved with the news in your community 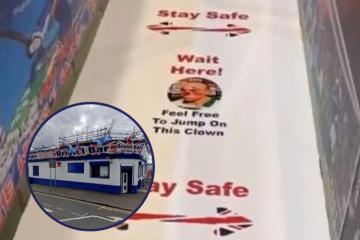