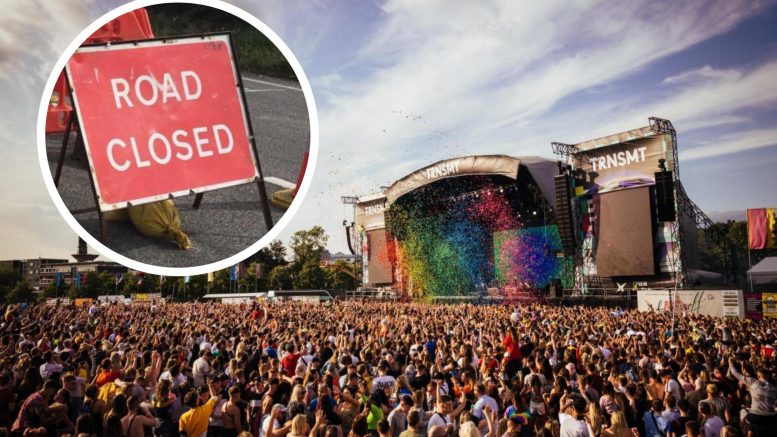 GLASGOW‘S biggest festival TRNSMT is coming to the city in July – here are the road closures and restrictions that will be in place to facilitate the event.

According to a leaflet distributed to local residents, customers will have access to private coaches, dropping them off at The Green and picking them up at Kings Drive at the end of the night, 11pm, or 12pm for VIPs.

There will also be Local Access Only restrictions in place from 8am to 1am on July 5, 8, 9 and 10 on the following streets in the area: Binnie Place, Monteith Row, Monteith Place, Arcadia Place, McPhail Street, Templeton Street, Greenhead Street, Florence Street, Waddell Street, Commercial Road, Moffat Street and McNeil Street.

This is to deter festival-goers from parking here.

Parking attendants will be present to carry out enforcement.

READ MORE: Glasgow Green will be ‘mainly closed’ for over three weeks for TRNSMT

Road closures will be as follows: Greendyke Street from London Road to Charlotte Street will be shut between 8am on Monday, June 20 and Friday, July 15.

Those living on the streets will have access from Turnbull Street via London Road or Steel Street.

These streets will have Local Access Only from 10am until 9pm all these days and will be closed to all traffic afterward.

For more information, residents can call 0141 280 9331 or email glasgowgreenlocal@dfconcerts.co.uk.