A COVID-19 scare at a Premiership football club has been linked to an outbreak at a call centre.

The relative of a member of St Mirren’s coaching staff is believed to work at the Sitel site in Motherwell, North Lanarkshire, according to The Scottish Sun.

Health chiefs have confirmed the source of the case at the Paisley club is “outwith Scottish football”, but couldn’t clarify further due to patient confidentiality.

A spokesman from NHS Greater Glasgow and Clyde said: “The Test and Protect team has identified a likely source for this infection which is outwith Scottish football.

“Further investigation and testing found six of the individuals are negative for the virus.”

The employee was one of seven workers at the Premiership club to originally test positive for the virus after private swabs.

But the other six were yesterday revealed to be negative after NHS checks.

It comes after 15 employees at the Sitel centre, which works on Track and Trace for NHS England, were found to have the bug as well as five family members or contacts.

A number of businesses in the surrounding areas, including END. Clothing in Glasgow, were later confirmed to be linked to the outbreak.

St Mirren chief executive Tony Fitzpatrick said in a statement yesterday: “We have complied robustly with the official testing and hygiene regimen to the letter, using a private testing facility in accordance with the Scottish Government and the SPFL/SFA Joint Response Group protocols.

“Our players were tested on Monday 20th and have returned 100 per cent negative tests on Wednesday 22nd July, however test results for seven of the coaching staff undertaken at the same time showed they were positive for Covid-19.

“We immediately implemented strict isolation protocols and made further arrangements for the coaching staff to be retested at NHS testing facilities on Thursday 23rd.

“I’m very pleased to report that six of the subsequent coaching staff tests have now come back negative this morning (Friday 24th).

“The remaining member of the coaching staff has confirmed as a positive test result and continues to be in strict isolation and has not come into contact with any member of the playing or coaching staff since Saturday 18th July. The club will continue to support and look after this staff member to ensure a full recovery.

“We are liaising closely with NHS Scotland, the SPFL and the SFA on next steps. We will also be undertaking an urgent review of the private testing arrangement which returned the initial false positive test results.

“In light of recent events the club’s planned friendly match at home to St Johnstone, scheduled to take place on Saturday 25th July, has been cancelled.

“Our priority throughout the pandemic has always been the safety and wellbeing of our staff and players, and to ensure we placed public safety at the forefront of our thoughts and actions. This will continue to be the clubs top priority as a safe start to the football season is essential.” 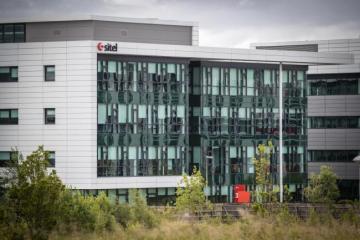