NINE people have been charged over flytipping in the Easterhouse area.

The Glasgow North East Police division sent their community cops, known as the Local Problem Solving Team, to tackle the issue in the area.

The force said that there was an increase of flytipping incidents and their officers from Easterhouse Police Office worked on finding those responsible by launching an operation at the start of July.

A Police Scotland spokesman added: “A local action plan, since the start of July 2020, has seen a total of nine individuals being charged with offences under the the Environmental Protection Act 1990.” 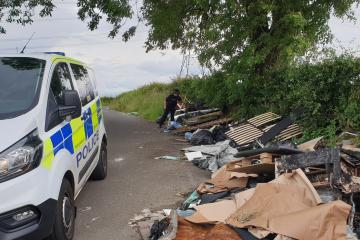