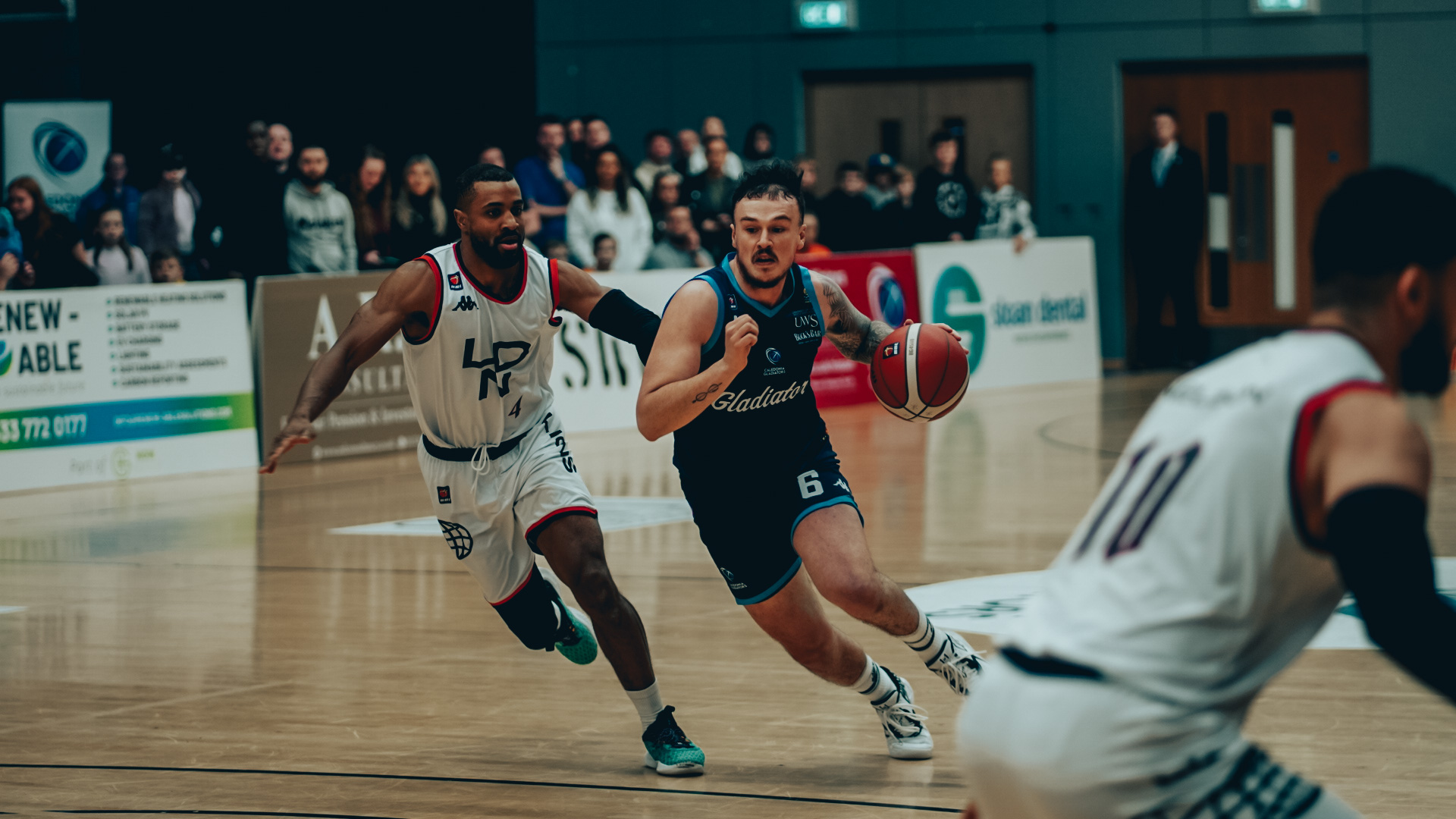 Join us for an unforgettable night of professional basketball action as Caledonia Gladiators take on Bristol Flyers in the British Basketball League (BBL) Championship. This game is sure to be an exciting matchup between two skilled teams, as they battle it out on the court for a chance to come out on top.

On the court, fans can expect to see an end-to-end action, with many players competing having played at international level. With quick passing, fast breaks, and high-flying dunks, this game will have you on the edge of your seat. Both teams are certainly known for their exciting play, and high-powered offense, so, this game is guaranteed to be a showdown between both sides that you don’t want to miss!

But the fun doesn’t stop there – there will be plenty of off-court activities for fans to enjoy. One of the most popular activities is the half-court hero challenge, where fans can attempt a half-court shot for a cash prize.  Additionally, there will be a free throw competition for fans to participate in for a chance to win merchandise prizes.

For those looking to take a break from the basketball action, there will be a raffle held during halftime where fans can win exciting prizes, including signed jerseys from the players, signed basketball, and others. Additionally, we will also be giving away a PlaySport Golf package to one lucky fan. This package includes a driving range experience at the East Kilbride facility.

To add to the excitement, our dance team will be cheering the team on all night from the sidelines, coming to the court during timeouts to perform high-energy routines that will keep the crowd pumped up throughout the game.

Don’t miss out on this exciting event! Purchase your tickets today and come out to support the Caledonia Gladiators as they take on the Bristol Flyers. This is a night you won’t want to miss, with thrilling basketball action and plenty of off-court activities for fans to enjoy. Don’t miss your chance to be a part of the action and see the two teams battle.