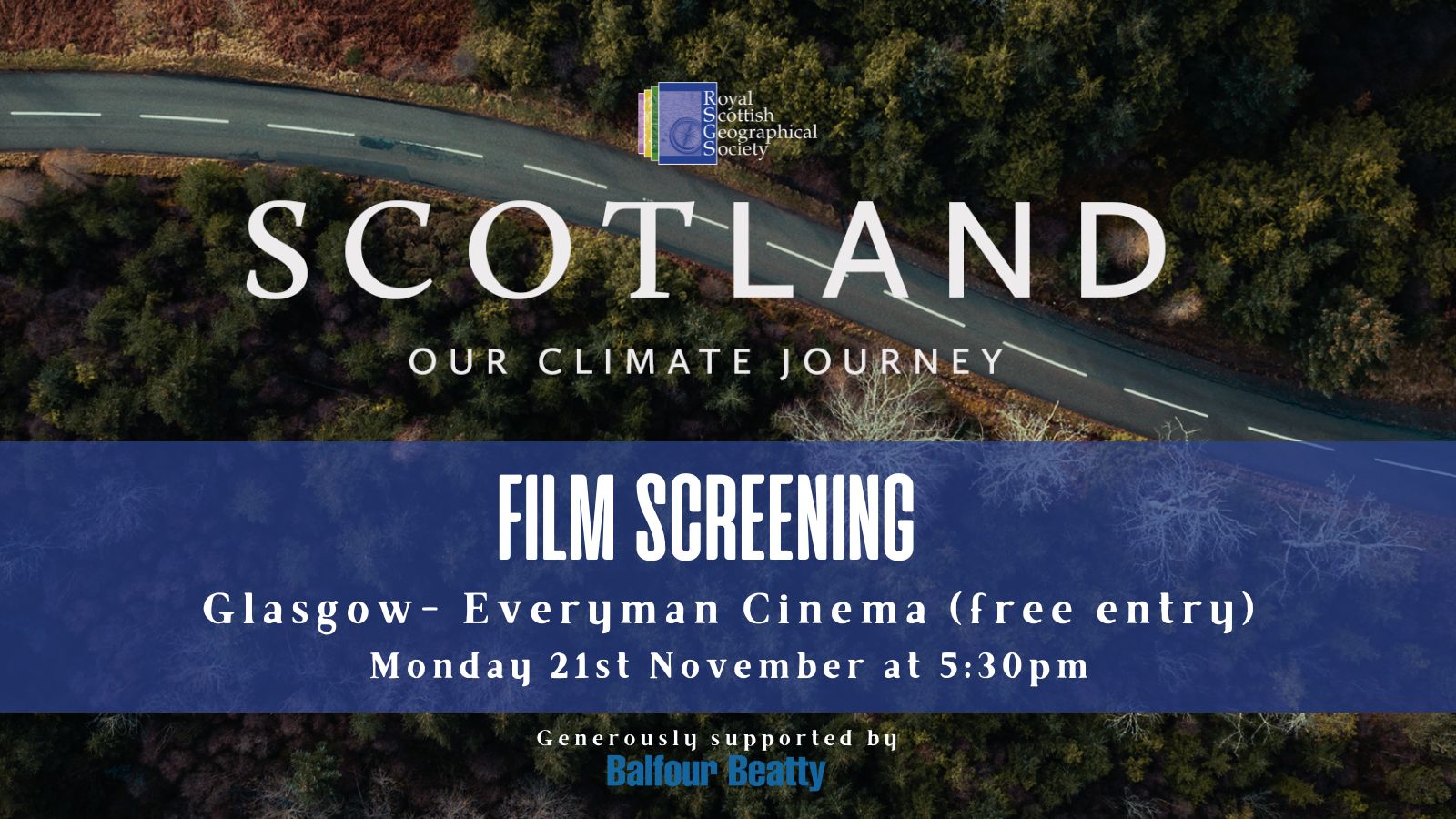 Join us in November to see Scotland: Our Climate Journey on the big screen. Entry is free. Secure your tickets now on Eventbrite:

Scotland is one of the leading nations in climate change policy. Over a decade ago, one of the largest coalitions the nation has ever seen formed to demand tougher targets on climate from their leaders. This powerful movement spurred Scotland into action, and a ripple of positive change echoed out across the country, touching everything from the biggest companies to the smallest communities.

This documentary, presented by RSGS, charts that journey to date, narrated by individuals from across the country, all contributing to help battle climate change – be they leaders of industry, activists or community organisers.

Scotland’s progress so far is undeniable, but it still has much to do. As the film uncovers the journey of policy, industries, communities, farmers, and scientists, we’ll learn that through enacting solutions, technological innovation, an engaged core of NGO and youth activism, and the will for a fair and just transition into greener and more sustainable practices, Scotland already possesses the tools and expertise needed to fight this crisis.

The time to act is now. Will we wake up to the realities of climate change before it’s too late?

An insightful and fascinating journey across a nation, pulling together to tackle climate change, this film will leave viewers with a sense of hope, inspiration, and renewed strength for the fight ahead.