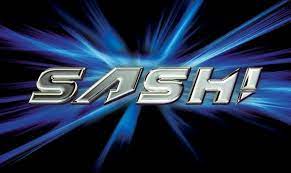 Our first original live act of 2022 at the Normandy – internationally renowned DJ SASH! is one of the most successful German DJ/Producer team. They have sold over 22 million records worldwide and achieved more than 65 Gold and Platinum awards.

After now 24 years of big success and more than 22 million international sold CD`s SASH! is still rocking the dance floors all over the world. All his songs entered the charts around the World almost everywhere in the top ten positions.

SASH! Made a trip into the Business-Class of the charts where normally only Madonna, Ricky Martin or U2 getting the top spots. The first song in 1994 was called CARECA-INDIAN RAVE. After a small success he met up again with his 2 Partners Thomas and Ralf one year later and started a new song under a new name. SASH! was borne. The first single IT`S MY LIFE came out in 1995 and became straight a club hit all over Europe. But the big breakthrough came with ENCORE UNE FOIS in 1996. A perfect mix from progressive House, trance beats, and of course Pop sounds. After this one hit came after the other.

Don’t delay in booking your tickets for this awesome DJ performance!