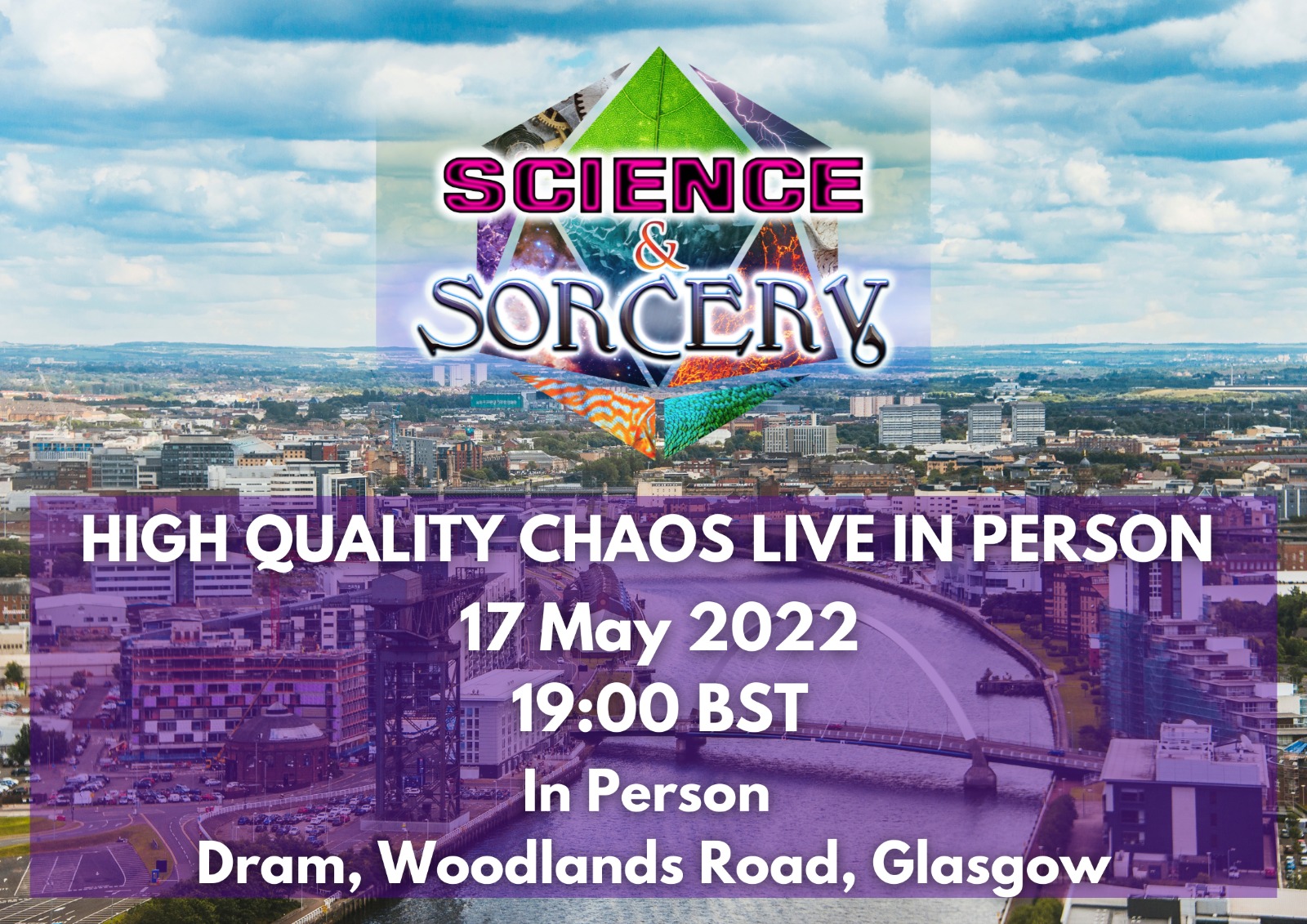 Join the team behind the D&D meets science communication livestream, Science & Sorcery, for their first ever in-person show! A merry cast of travellers will take on an adventure set by our Dungeon Master, Dagmar der Weduwen, all in aid of charity!

A combination of improv, role playing and science, this show will invite the audience to influence the decisions taken by the players! Will you help them overcome evil, or will you send them to their doom! You decide!

Grab a ticket for just £5, and we’ll see you for pints at Dram!

Your cast of players are coming soon, but so far announced we have:

All ticket sales will be donated to Refuweegee, the Glasgow based charity that welcomes new Scots to our city! You can find out about them at https://www.refuweegee.co.uk/