The Road to The Great Escape 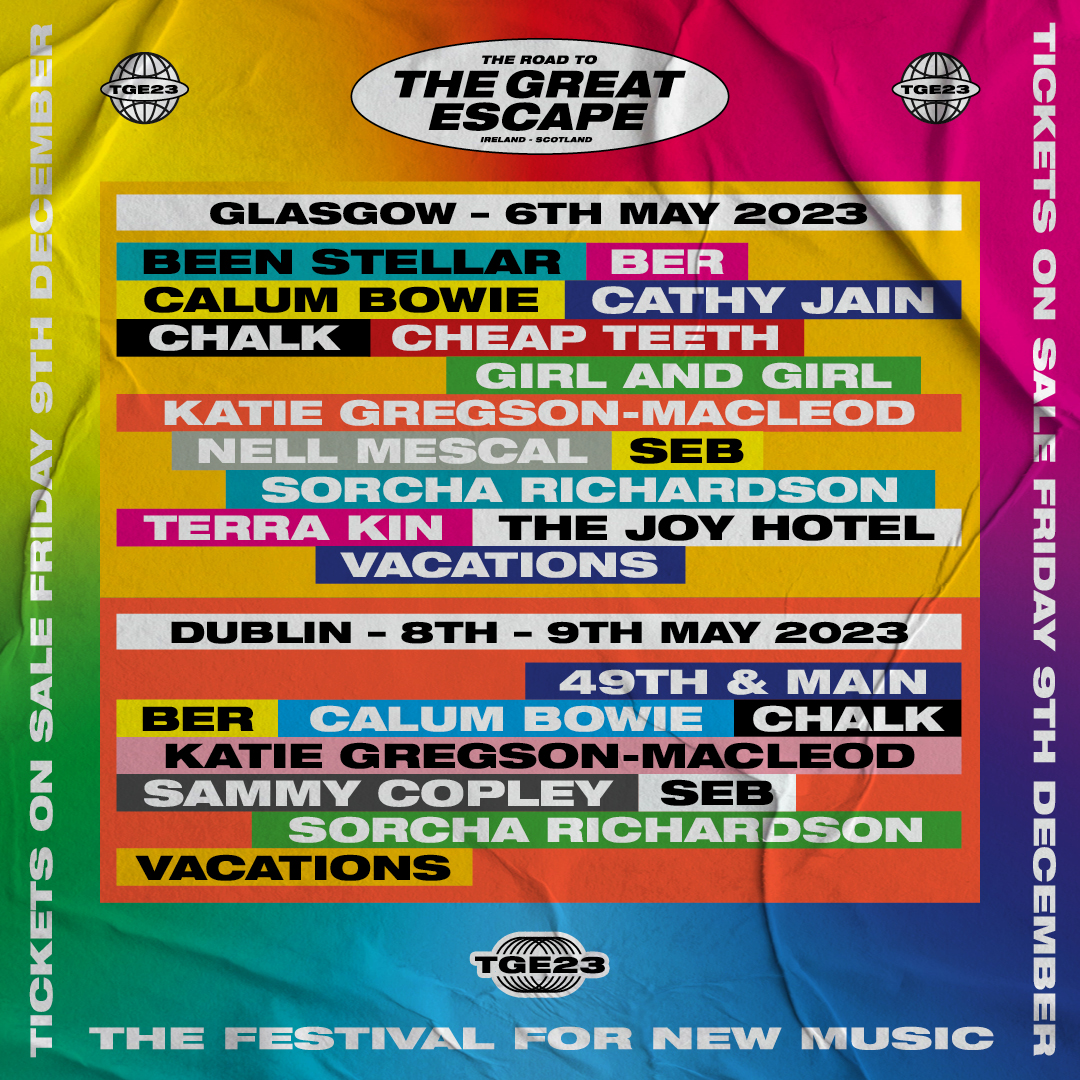 Kicking off in Glasgow on 6 May, then travelling to Dublin on 8-9 May, The Road To The Great Escape will be bringing some of TGE 2023’s most exciting new talent to Scotland and Ireland, with artists appearing at both locations including woozy guitar pop from Australian band Vacations, indie-pop from rising, LA-based songwriter SEB, heart-melting Minnesota songwriter Ber, Edinburgh student and TikTok sensation Katie Gregson-Macleod, Irish singer Sorcha Richardson, Edinburgh singer-songwriter Calum Bowie and four-piece Belfast post-punk band Chalk.

The announcement comes fresh off the back of The Great Escape winning ‘Best Festival For Emerging Talent’ at The Festival Awards, reflecting its status as the festival for new music.

The Great Escape has also announced four keynote in-conversations that will take place as part of its conference programme.

In addition, the festival has announced that Carousel, the Brighton-based charity championing the rights of artists with learning disabilities, has come on board as 2023’s charity partner while leading music school BIMM returns as the education partner.

Delegate tickets for this year are available here.