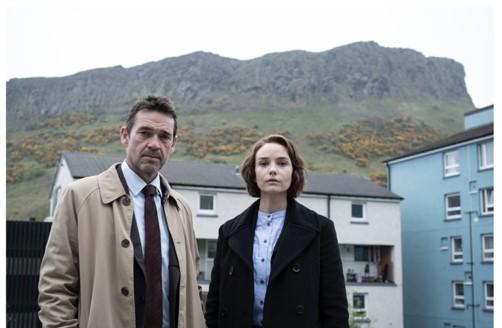 THIS is the first look at the new Irvine Welsh drama Crime which was filmed in Glasgow.

Streaming service BritBox, who are behind the production, released images of the new original thriller.

Crime will wrap filming in Edinburgh and Glasgow last this month.

Set in Edinburgh and directed by James Strong (Liar, Broadchurch, and the forthcoming BBC drama Vigil) and David Blair (Isolation Stories, The Barking Murders), the six-episode production stars Dougray Scott (Mission: Impossible 2, Batwoman, The Woman in White) as Detective Inspector Ray Lennox, who is investigating the disappearance of a schoolgirl while battling his own personal demons.

Crime will be available exclusively on BritBox UK in Autumn/Winter 2021.

A NEW film about one of the most iconic weekends in British music history is set to air this weekend. Glasgow Times | What’s On Glasgow …

TWO artists who were forced to cancel gigs amid Covid fears are now confirmed to play at TRNSMT this weekend. Glasgow Times | What’s On Glasgow …

HOLLYWOOD is set to take over Glasgow once again as pre-production gets underway for the upcoming DC blockbuster movie Batgirl. Glasgow Times | What’s On Glasgow …