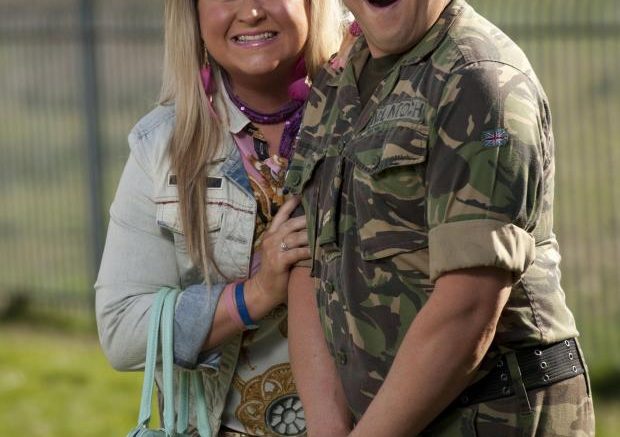 ATTENTION! Scotland’s best-loved squaddie is getting set to take on his toughest battle yet… by starring in a pantomime this holiday season alongside Still Game’s Boaby the Barman.

The SEC Armadillo has announced that much-loved funny man Corporal Gary McLintoch, otherwise known as Gary: Tank Commander, is back to entertain the troops in this year’s wish-filled family show, Aladdin.

Joining him will be actor Gavin Mitchell, best known for his role in the BBC sitcom, with comedian and singer Leah MacRae.

Gary, who made his pantomime debut in 2017’s Jack in the Beanstalk, will play the lead role in the production, with Mitchell featuring alongside him as the evil Abanazar.

The pair will be joined by River City star, comedian and singer MacRae, who also co-starred in Gary: Tank Commander and will play Aladdin’s fabulous mother, Mrs Twankey.

The pantomime, which was originally due to take place last year but postponed because of the pandemic, will run from Saturday, December 11, until Wednesday, December 29.

Debbie McWilliams, director of Live Entertainment at the SEC, said: “We are so excited to welcome Greg, Gavin and Leah back to the Scottish Event Campus.

Gavin Mitchell will feature in the play

“It’s been a challenging year for everyone, and we can’t wait to see audiences return to the SEC Armadillo for their much-missed dose of family festive cheer.

“We know we’re in for an extra special, magical and hilarious show!”