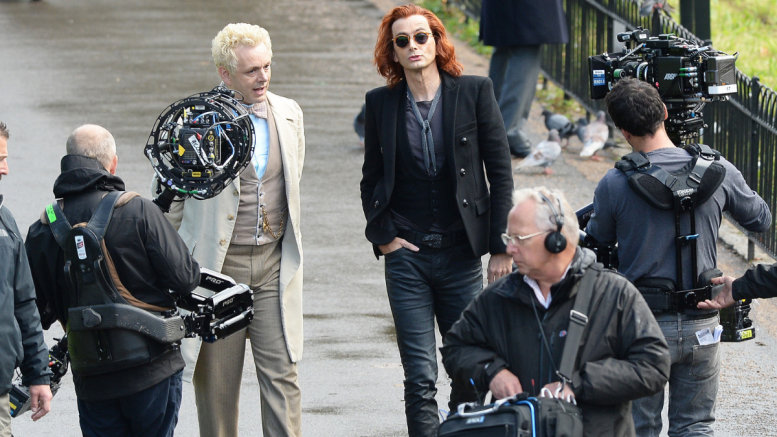 BBC Studios together with Amazon Prime have launched paid traineeships for those living in Scotland who are keen to be a part of the film business.

Those interested will have the chance to work on the second series of Good Omens starring Scottish actor David Tennant.

It comes as we previously reported that the new series will begin filming exclusively in Scotland this Summer.

The only requirements for these positions are that you must be based in Scotland and able to drive as TV bosses cannot encourage public transport or car sharing.

No previous experience is necessary.

Filming will begin on October 18 with trainees having some prep time before shooting commences.

The shoot period is expected to last for 18 weeks, running until March.

Over the Christmas period there will be a three week hiatus.

The production is based in Bathgate with filming locations across the Central Belt.

The job advertisement reads: “This paid-traineeship will not only introduce you to the world of film and TV making but teach, train and develop your skills.

“You will be gaining on the job experience, learning a wide range of skills and knowledge from your mentor and the rest of your team.

“There will also be the opportunity to participate in external training courses relevant to the industry and your department.”

If you are interested in applying for any of the roles on offer you can email your CV and a cover letter to goodomenstraining@gmail.com with the subject being your name followed by the job role.

The deadline for CV’s for the production and prop store traineeships is July 9, 2021.