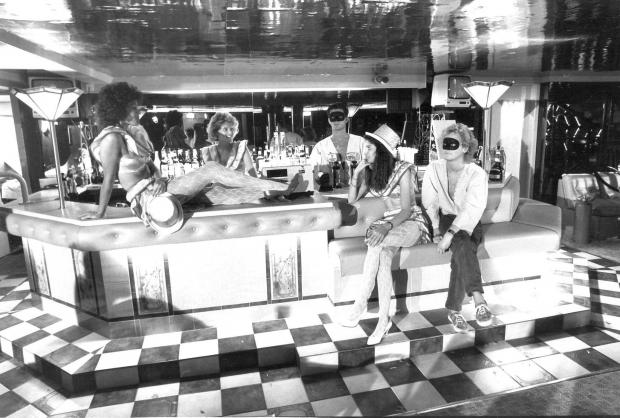 Glasgow’s nightclub scene has been bold, brash, brilliant and bonkers – here are some reminders from our stroll down memory lane of five of the hottest spots in town.

Which city nightclubs do you remember most fondly?

Get in touch to share your stories and photos.

The Dunlop Street venue opened in 1985 – our photographers snapped the staff dressed to the nines for the occasion.

It had a capacity of 650 and was the first UK night club to have an elevated dance floor.

It eventually closed in the 1990s.

FOLLIES (aka Cardinal Follies, The Temple, The Shack…)

This former church (the Elgin Place Congregational Church, in fact) at the corner of Pitt Street and Bath Street, was reinvented as a nightclub and then re-reinvented a couple more times over its lifespan. Sadly, it was damaged by fire in 2004 and later had to be demolished. In April 1996, a new independent production team of students called the Hoodrats claimed they had a different concept for Cardinal Follies’ the Rhapsody club. Pictured are, from left, Stephen Kamat, David McKeon, Kenny Dunn, Gordon Allan, Petera Ham, Paula Archibald and Jim Hutcheson. Their new bar, Flare, would be a 1970s disco, with music and films from the era.

The Boogie Boat, the Dive in the Clyde, the Tacky Princess – this floating nightclub was a glittery, gallus palace of dancing and drinking, which turned up on the river in 1988 and lasted an impressive eight years. Converted from a former car ferry, it eventually sailed off to Newcastle, never to be seen in the city’s waters again. Many Glaswegians of the late 80s and early 90s boogied aboard, few will admit to it now…

Delightfully nicknamed Clatty Pat’s (tells you all you need to know) this was a hugely popular Saturday night venue in the city centre since it opened its doors in 1984. Allegedly, the owners were unimpressed by the nickname originally but grew to love it…Founder Tina brought it back for one night only in 2016. Later, it became the Viper, trendier and more popular with students.

One of the city’s hottest venues in the 1990s and early 2000s, it was home to the Sky Bar, a favourite with celebs and Rangers and Celtic players and clubbers would queue down the street to get in for sets by big-name DJs. Most famously, Hollywood actor Charlie Sheen, once spent a night there partying with footballer Paul Gascoigne. Aiming for an Ibiza-vibe, the Queen Street venue had aerial dancers performing dangling from the ceiling. In 1999, it was used for a recording of Sharleen Spiteri and Texas on Top Of The Pops. Eventually it closed in 2007.