Hundreds of NHS workers have joined in on a protest demanding fair pay in the Glasgow Green.

It comes after healthcare workers were left out of a pay increase announced by the UK government.

Organisers of the ‘NHS Workers Say No protest’ said: “This announcement is a massive slap in the face, slapped by the hand that once clapped for us.” 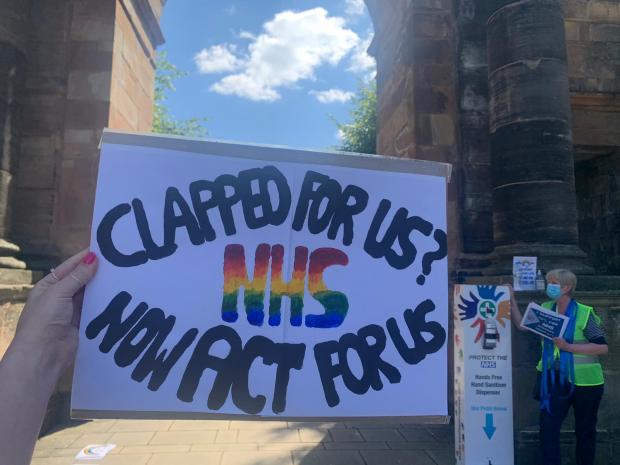 Blue ribbons were used to ensure those at the demonstration were socially distancing. 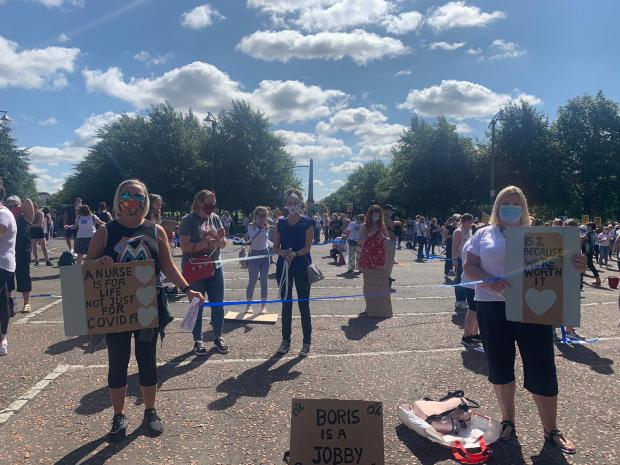 Similar protests are expected to take place across the UK this weekend. 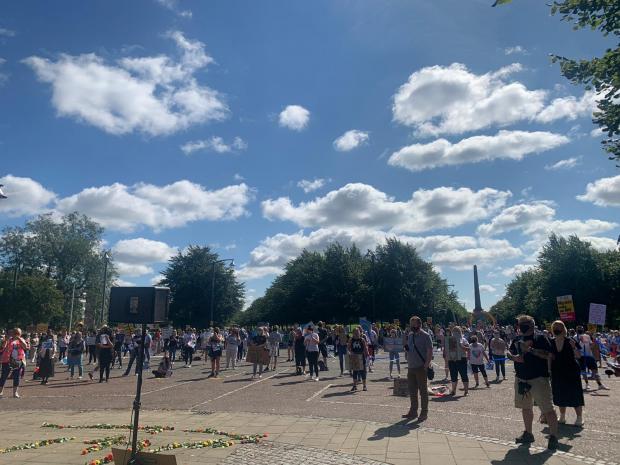 Banners called out the government for praising the workers as heroes but not offering them equal pay. 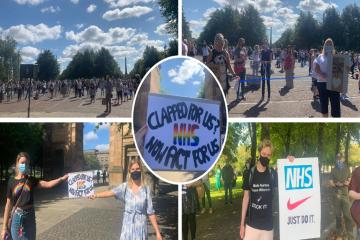