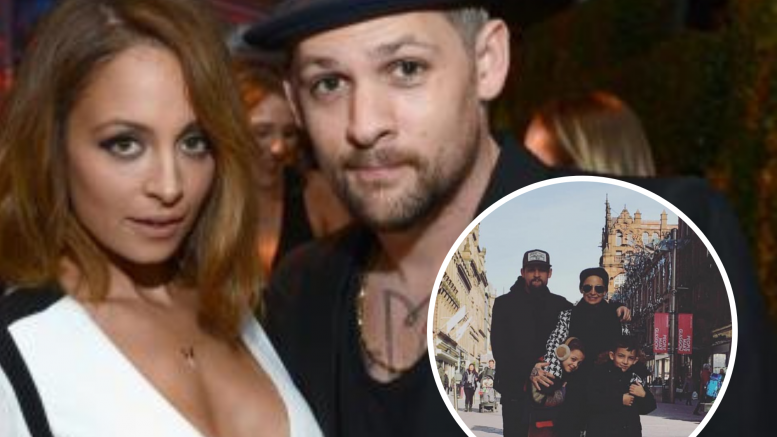 AMERICAN rock singer Joel Madden has shared a snap of him and his wife Nicole Richie in Glasgow.

The Good Charlotte singer, 43, posted a series of family photos on Instagram to celebrate Mother’s Day in the United States.

One of the photos shows him, Nicole and their son and daughter standing on Buchanan Street.

He wrote: “Happy Mother’s Day to one of the greatest of all time. We love you @nicolerichie.”

Nicole, 40, is the adopted daughter of singer Lionel Richie and rose to fame alongside her childhood friend Paris Hilton in the reality series The Simple Life from 2003 to 2007.

Fans were delighted to see Glasgow feature on the rockstar’s Instagram, with one commenting: “Is that Buchanan Street in Glasgow in the last photo? Love it.”

Another said: “That last photo of you guys in Glasgow!”

Nicole previously visited Scotland in 2016 ahead of her husband’s Hydro gig.

She and Hollywood actress Cameron Diaz, who is married to Joel’s bandmate and brother Benji Madden, reportedly dined at Loch Lomond’s Cameron House.