A FITTING tribute was paid to a Shawlands teenager with an online concert – which coined in nearly £15,000 for charity.

Sam’s Night honoured the memory of music loving Sam Hannah on Friday, who was just 14 when he passed away in July following his battle with leukaemia.

Arranged by his brother Liam, 19, the gig saw a host of Glasgow bands do their bit for the Teenage Cancer Trust with special guest Lewis Capaldi headlining the event. 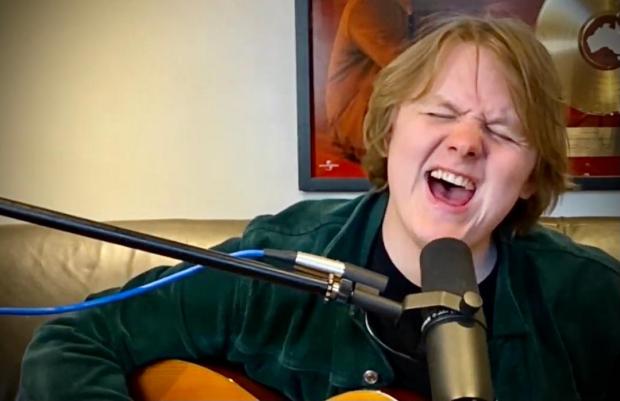 Lewis Capaldi during the concert

“It was just unbelievable and I just can’t thank the artists and the acts enough,” Liam said.

“It was my first time doing anything like this and there were a couple of streaming issues but nothing too major.

“They fact they took the time to support the cause and pay tribute to Sam was really special.”

Sam passed away on July 15, the day before Liam’s 19th birthday. 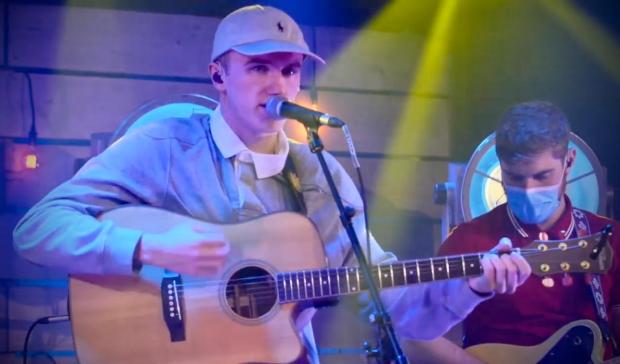 The much-loved former Shawlands Academy and Langside Primary pupil is also survived by brother Mark, 23, and parents Graeme and Margaret.

Thanks to the efforts of Liam and superstar Capaldi, who was named as the UK’s best-selling artist in 2019, the event has so far raised an incredible £13,000 for the cause.

“Lewis was just class and absolutely brilliant to work with,” Liam said. “A few people just messaged him on social media and it seemed to gather momentum from there.

“He then got in touch and said he’d want to help. For a global superstar to do that, it was amazing and still a little surreal.

“We had wanted to take Sam to as many gigs as we could as he just loved his music. Hopefully this is the next best thing.

A mural to Sam in Australia

“The finale from The Snuts was just unbelievable. There wasn’t a dry eye in the house by the end.”

Liam, who also attended Shawlands Academy, hopes their efforts will now be able to help other families in their situation.

“The Teenage Cancer Trust is just brilliant,” Liam added. “Now it’s all about trying to raise as much cash as possible.

“I’ll probably keep it open for another week as I know there are still people who want to donate.

“They were great with us and we want to help them.”

To support the charity, visit the JustGiving page.

You can still watch on the Get Oan Wae It YouTube page.

TV REALITY star Gemma Collins has announced a UK theatre tour – and she is coming to Glasgow. Glasgow Times | What’s On Glasgow …