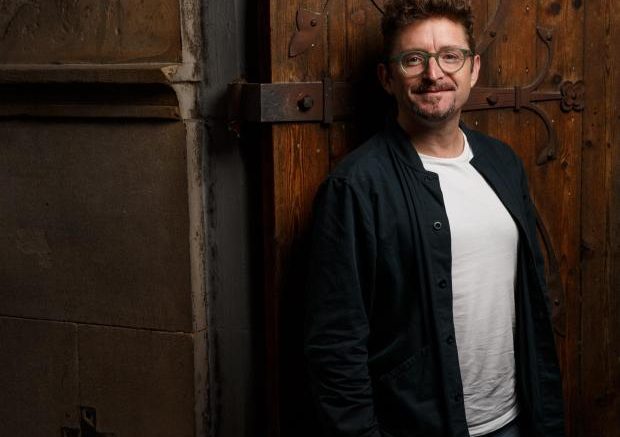 FOR HIS forthcoming role in epic adventure series Outlander, Kevin Lennon has to sport what can only be described as a magnificent, massive moustache.

“It’s quite something,” grins the actor, who lives in Glasgow’s west end. “It is the most fantastic, Ned Flanders-style moustache and I didn’t even have to try and grow it myself. It was just applied to my face. I’m very excited about it.”

Kevin adds: “I can’t really say very much more about the role other than I’m playing Lionel Menzies, who is the headteacher of a primary school. And that it was a brilliant experience to be part of Outlander, which has become such a finely-tuned, massive machine of a show.

“About 98 per cent of my work is in the theatre, so I am a complete rookie when it comes to TV and it was so interesting to be part of it. I’ve filmed a couple of scenes and I’m going back in December, so I can’t wait.”

Currently, however, Kevin is playing French playwright, actor and poet Moliere in Morna Pearson’s Impromptu, the latest in Oran Mor’s A Play A Pie and A Pint lunchtime theatre series.

Marking the 400th anniversary of Moliere’s birth, it is adapted from his witty and unique work L’Impromptu de Versailles, in which the playwright deftly takes a swipe at his critics.

“Moliere had completely fallen out of favour with the King and society – in fact, he had so upset everyone, and the medical profession in particular, that not a single doctor would treat him when he fell ill,” says Kevin. “I mean, that is actually why he died. The king wanted him to write something funny, nothing too challenging – he didn’t want anything that held up a mirror to society. So, by writing a play within a play, he managed to get a satire out of it anyway.”

READ MORE: ‘I had to pinch myself’: Airdrie actor on appearing in new Amazon Prime thriller The Rig

He adds: “In Morna’s version, Moliere is a down-on-his luck actor, director and writer who is tasked with putting on a play for a VIP with just 45 minutes to rehearse and a small cast.

“He’s a bit like a Basil Fawlty character – this slightly mad man who believes that without him, the place can’t function when in fact, it would run much more smoothly if he wasn’t involved at all.”

A play about a small cast trying to whip up a play with little time to rehearse does have its parallels with what PPP does every week, admits Kevin, with a laugh.

“There are similarities, because there is a sense of haste at PPP and it can be quite mad,” he adds, smiling. “Perhaps not quite as mad as this.”

Kevin was “obsessed” with films when he was a child.

“I loved films, I watched them all the time and I think that’s where this single-minded obsession about being an actor came from,” he says, adding with a laugh: “I was a pretty precocious teenager, so I felt it was important to watch a lot of foreign language films. Equally, I loved Jurassic Park. My favourite was The Shining – the first time I watched it I was about 14, alone in this empty old house in Dumfries, and it scared the sh** out of me….”

Kevin grew up in “a bump-in-the-road” village not far from Lockerbie, and at the age of 15 he joined Scottish Youth Theatre in Glasgow. He studied drama at Trinity College in Dublin and has worked in a variety of stage and screen productions ever since, including Whisky Galore at Dundee Rep, Hector with the Eden Court Theatre and The Broons.

“Funnily enough, I didn’t really know that much about The Broons,” he admits. “My mum is English, from Birmingham, my dad is from Belfast, so I had this weird relationship with Scottish culture. I grew up knowing much more about English and Irish culture, and I felt a bit like an outsider because my parents felt like outsiders.

“But The Broons, in which I played one of the twins, was a really special show, for several reasons – it was one of the first I did after taking a break from acting for a couple of years, and it was where I met my partner Kim.”

Kevin decided to quit acting temporarily after a seven-year run at Dundee Rep.

“It was a really joyous time – everything I had ever wanted to do, but it was also hard, hard work and I was burnt out and needed a break,” he explains.

“I had been planning to leave for about a year, living on vegetable crumble and tins of Campbell soup to save up so I could take a break, and in 2014 I started saying no to auditions, and stopped.”

He adds: “I needed to do it, but I did miss it. And when the money ran out, I needed to come back.”

READ MORE: ‘They are all highlights’: New season of A Play A Pie and A Pint launches at Oran Mor

Kevin pauses. “Acting was all I ever dreamed of doing, so I do feel very lucky that I can earn a living from it,” he explains. “It is difficult, it can be hit and miss and there are ups and downs, but mostly it’s just a joy to be doing it.”

He adds: “I’m doing PPP next week, Outlander in December and between those two? Who knows.”

He grins. “That is the joy of being a jobbing actor, you never know what’s next.” 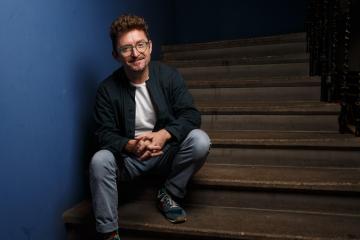 Be the first to comment on "‘Massive machine of a show’: Glasgow actor Kevin Lennon on appearing in Outlander"