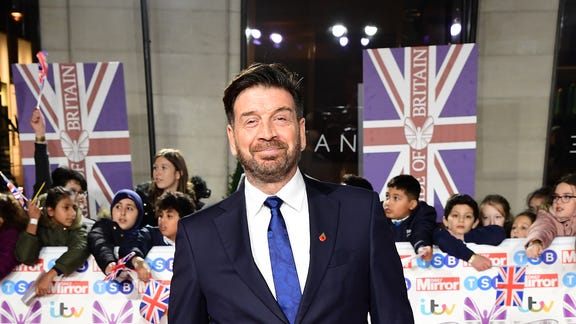 The BBC has confirmed Nick Knowles will keep his DIY SOS job following reports he could be sacked.

Knowles was at risk of being pulled from the popular home makeover show after appearing in a Shreddies advert for Nestle, reported The Sun.

In the clip, he is seen helping a family with DIY after telling the dad “when things get tough, don’t eat soft”, before pouring shreddies into his builder’s hard hat.

It was believed the appearance broke BBC’s advertising guidelines as he has used his platform from the show to be cast in the advert.

However, the corporation and Knowles, 58, have now confirmed the issue has been resolved and he will return to the show he has hosted since 1999.

He will miss the Children In Need charity special later this year because it coincides with the Shreddies ad campaign but he will be back in 2022.

A joint statement from the BBC and Knowles said: “Both Nick and the BBC have resolved the issue recently reported relating to Nick’s commercial agreements and BBC guidelines.

“With the campaign still running, Nick will step back from the DIY SOS Children In Need special this year but will be back on our screens in 2022.”

In a separate statement, the BBC said: “Nick is an important member of the BBC family and we are pleased that this matter is resolved.

“We will resume filming DIY SOS as soon as it’s safe to do so and Nick will be back on our screens in 2022.”

The BBC One show is based around Knowles, a team of builders and tradesmen and suppliers donating their labour and material to transform homes in desperate need of repair.

Often the homeowners have been through a devastating experience or are suffering from financial hardship.

Last year, he and the team raised almost £1million for Children In Need with their Big Build.