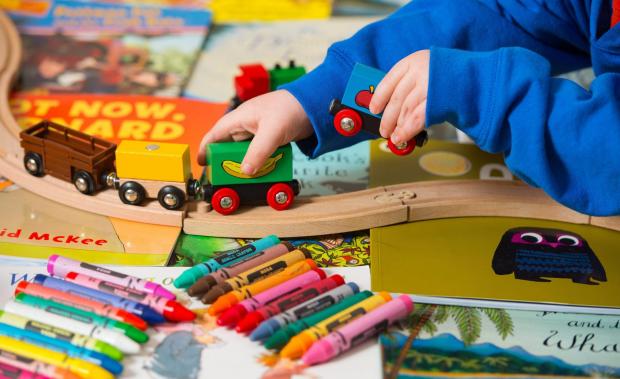 PRIVATE nursery providers have warned over a “postcode lottery” of childcare provision that could lead to severe disruption for families, job losses and potential closures.

The Glasgow Times has spoken to dozens of private nurseries that work in partnership with local authorities and has been told of widespread fear across the sector.

Owners and managers have said the situation is a “disaster” for families and private providers due to inaction by councils.

Nursery settings have worked to be ready to provide the new Scottish Government-mandated target of 1140 hours of funded childcare for all three and four-year-olds, plus some two-year-olds, from August.

Councils are individually responsible for implementing the increase from the current 600 hours but due to the Covid-19 crisis, the government has paused the expansion.

Some local authorities, such as East Renfrewshire, say they still plan to give families 1140 funded hours from August.

But others, such as Glasgow and North Lanarkshire, are offering 600 funded hours while East Dunbartonshire said it will not have an answer for families until mid-July.

Children will still be attending private nurseries for 1140 hours, due to extended opening hours over a 50 week model, but this will be an additional cost for working parents now that the places will not be funded by the local authorities with Scottish Government cash.

Nurseries are permitted to open from now to support the children of key workers so Fiona, after consulting North Lanarkshire Council, spent £20,000 making her setting suitable for social distancing and today brings back 19 staff from furlough.

But she has now been told that the local authority is only funding places for key workers in its own council-run hubs – and not in private settings.

Scottish Government rules state that key worker childcare must be free at the point of access, so Fiona cannot charge parents.

She said: “I wanted to support my families, first and foremost, and bring my children back to surroundings they know and are familiar with.

“I also believed it would be good to open gradually to build up staff confidence and to get everyone used to the new way of working.

“Now the council says they will not fund my children to return. I have had costs of £37,000 a month while we have been closed, in staff costs and building costs.

“A colleague, when I told her I planned to reopen on June 29 to provide support for families, said this would be financial suicide and now it seems she was right.

“If this situation is not resolved then I could lose both nurseries by October.”

Fiona added: “When I reopen on June 29 any parent who is eligible to return but doesn’t and instead chooses to attend a council hub cannot have their place retained at Papillon,

“I will need to offer these limited places to other parents. Thus when Hubs close in August these families could be left with no childcare.”

In a statement to the Glasgow Times, North Lanarkshire Council said it is read to implement 1140 hours yet a letter to private providers seen by this paper clearly says parents are to be offered 600 hours.

When asked for clarification, the local authority said it is prepared for 1140 but must make sure all settings are compliant with Scottish Government social distancing guidance.

However, the local nurseries we spoke to said the council had not been in touch with them, nor had they been offered any support with compliance.

Private providers have come together in a support group, Achieving Our Ambition, which now has around 200 members sharing concerns.

Jim Agnew runs Lochview and Parkview nurseries in North Lanarkshire and has similar fears for his families, staff and business.

He said: “The 1140 hours is devolved to local government so they have been allowed to come up with their own plans and models – that means 32 different plans from 32 different local authorities.

“It’s a postcode lottery where councils have said they will provide funding for 1140hrs to providers but some have now backtracked.

“Parents will have been adapting all their childcare arrangements to fit around the expectation of getting back to work with 1140 hours of funded childcare but now that will all be up in the air, leaving families struggling.”

Like many others, Jim has expanded capacity working with the council by opening a second setting at a cost of £750,000 with the expectation of having children use the service with 1140 funded hours.

As well as the cut in hours, social distancing means the need for additional staff as ratios of adults-to-children in each age group increase, as well as the cost of additional cleaning and PPE.

He said: “There is going to be a workforce crisis.

“We have asked local authorities to support us with the money given up front by the Scottish Government to pay for the 1140 hours but they are using the money for their own recovery and not supporting us.

“We need to increase the ratios of staff to children, increasing our staffing but without any additional funding – this is fantasy world stuff.

“There’s no way we can compete with the council. We just simply can’t do it.

“As a sector we will have to make redundancies.”

Jim added: “We are really hoping the Scottish Government will give us a support package to prevent job losses.

“We came on board to support the council and now we have been left in the lurch – so what do we do? We can’t do short term lay offs because staff will, rightly, get jobs elsewhere with councils so we are between a rock and a hard place.”

East Dunbartonshire’s Depute Chief Executive, Education, People & Business, Ann Davie, said: “Following the Scottish Government publication this week of further guidance on the reopening of Early Years Centres, we are progressing our planning for both local authority centres and our funded providers.

“I understand this is a challenging time for our families and funded providers and we are doing all we can to ensure the planning process is completed as quickly as possible.

“We will provide more information on these plans as soon as possible, and by working with our funded providers over the coming weeks, we aim to let parents know the outcome of their applications in mid July.

“I would like to thank everyone for their patience and understanding during these difficult times.”

Despite building works being halted on five new council nurseries being created to accommodate 1140 hours, East Renfrewshire Council insisted it would be providing 1140 funded hours in August as planned.

Glasgow City Council said it would fulfill its statutory duty to provide 600 funded hours for all families with additional hours reserved for the city’s most vulnerable families.

Soryia Siddique, the council’s Labour party education spokeswoman, said: “Parents have contacted me regarding the decision that Glasgow City Council is no longer required to provide 1140 nursery hours.

“This is an equality issue and particularly impacts women and their flexibility to work.

“The Scottish Government must provide Glasgow City Council with adequate funds to deliver vital services for children and families.”

A spokesman for North Lanarkshire Council added: ““We remain committed to delivering the 1140 hours programme as soon as it is safe and practical to do so, based on our ability to implement arrangements which meet the national standards for Phase Three (Recovery) and subject to planning restrictions that will be associated with national rules from August.”

A Scottish Government spokeswoman said: “We have published guidance on public health measures for safe reopening of early learning and childcare (ELC) and councils are working hard to understand what the effect of this will be on capacity.

“This may mean that ELC offers may need to change or reduce, as councils make difficult decisions based on local needs – but all local authorities must meet their existing statutory duty to deliver 600 hours of funded ELC.

“In the strategic framework for reopening, we agreed principles with local government for prioritising access to ELC for those families who need it most.”