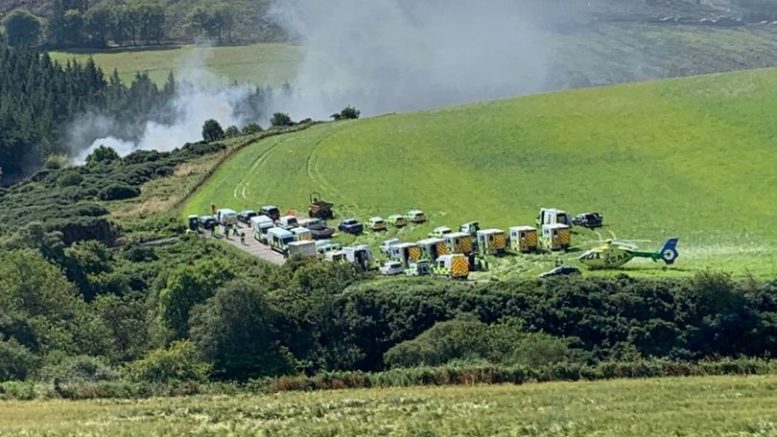 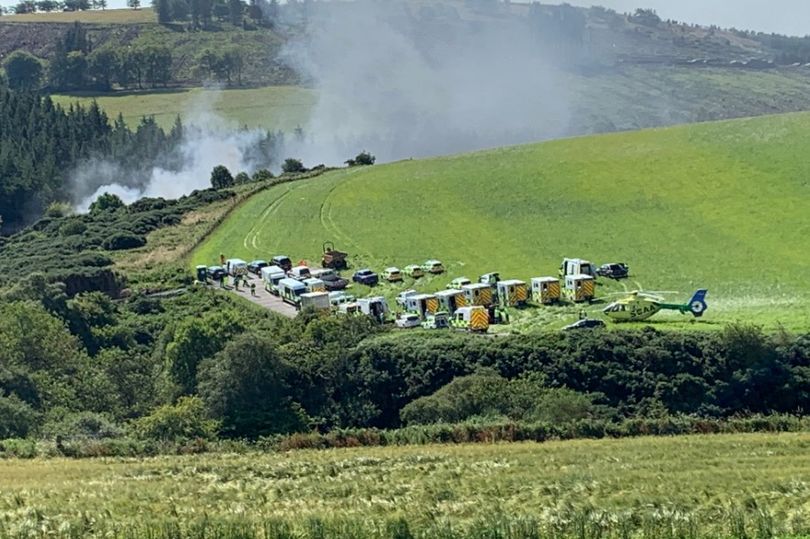 A huge emergency services response is underway after a train derailed in Aberdeenshire.

The fire service, police and ambulance service went to the scene near Stonehaven at about 9.40am on Wednesday.

An air ambulance can also be seen at the incident.

Smoke could be seen billowing from the train on the track in the countryside, while several emergency service vehicles could be seen parked in a field.

It is not currently known if anyone was injured.

Around 30 emergency vehicles including an air ambulance are now at the scene with more continuing to arrive. pic.twitter.com/4S8GUkVDM0

A British Transport Police (BTP) spokesman said: “Officers are currently responding to an incident on the line in Stonehaven.

“We were called at 9.43am and are on scene alongside paramedics and the fire brigade.”

A ScotRail spokesman said: “We’re assisting the emergency services with an incident near Stonehaven and will provide more information when available.”

“I’ve had an initial report from Network Rail and the emergency services and am being kept updated. All my thoughts are with those involved.”

BBC reporter Ben Philip, who is on the scene, tweeted: “A major emergency service response to a train derailment near Stonehaven.

An air ambulance is in attendance.

“A lot of smoke is coming out of the tree line where the railway track runs. Ambulances arriving by the minute.

“Around 30 emergency vehicles including an air ambulance are now at the scene with more continuing to arrive.” 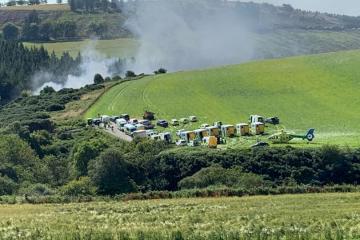