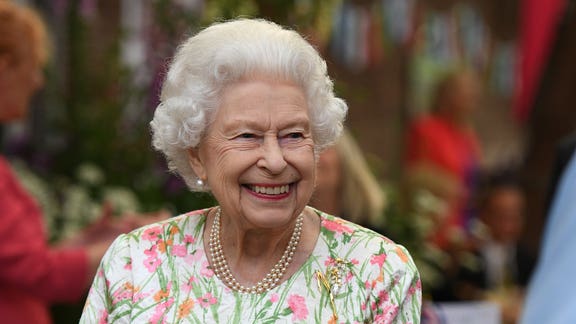 Millions of Brits enjoyed the return of BBC hit Line of Duty back in March as the mysterious ‘H’ was finally revealed.

The sixth series of the show was so popular that the first episode of the latest series broke records when it became the most watched episode of drama since 2018.

It was the most watched episode of drama since the finale of Bodyguard, also created by Jed Mercurio, in September 2018, which had an audience of 14.3 million.

And it seems the Queen was one of the millions who saw anti-corruption unit AC-12 investigating a new case regarding the senior officer in an unsolved murder case.

Her Majesty reportedly enjoyed discussing the show’s twists and turns with her royal aides.

A royal source told The Times: “The Queen was very into Line of Duty and enjoyed discussing the plotlines with Tony.”

Fans were left divided following the finale of the BBC One series as DSU Ian Buckells, played by Nigel Boyle, was unmasked as the mysterious “H”.

And the shows creator Jed  Mercurio revealed he knew the ending “wouldn’t appeal to everyone”.

He said: “We’re honoured and flattered by the viewing figures for #LineofDuty6.

“We knew attempting to explore the real nature of corruption in our society wouldn’t appeal to everyone, but we do sincerely thank you all for watching.

“It’s been our privilege to share your Sunday nights.”

The much-anticipated episode was watched by an average of 12.8 million people, with a 56.2% share in overnight viewing figures, making it the most watched episode of a drama in 20 years, the BBC has said.

The episode had a peak viewing figure of 13.1 million, according to the corporation.