THE last time I saw Reece Clarke he would have been… and it’s not a calculation I’m enjoying making… about four years old.

The face appearing on the screen for our Zoom chat is certainly changed from the one of my memory.

Twenty-one years ago we went to the same Coatbridge dance school but it’s fair to say Reece’s ballet career has enjoyed somewhat more success than mine.

Now 25, Reece is a first soloist for the Royal Ballet, a job he clearly adores and one that is both highly unlikely and almost inevitable all at once.

On one hand, he’s a boy from a working class background where unfair stereotypes put boys off ballet. On the other hand, three of his four older brothers are also highly talented and successful dancers.

For the Clarke boys, dance classes started off as a way for their mum, Ann, to help them burn off some energy – along with swimming clubs, football, karate and Boys Brigade.

Reece was sent off to Janice Ridley School of Dance at the age of three, joining Ross, Russ and Ryan, but he was 11 before it clicked that a career in dance was for him.

“In the beginning it was not really a choice,” he says, “I followed my brothers into it in the same way that I followed them into everything.

“It wasn’t until I understood ballet and understood the life it can offer me that I really fell in love with it.” That epiphany came when Reece saw his first Royal Ballet performance in London – and was coupled with Ryan sending him pictures and videos from White Lodge, the Royal Ballet School.

All three older brothers went to White Lodge – Ross and Russ after a spell at the Dance School of Scotland at Knightswood Secondary – but Ryan, closest in age to Reece, really urged him to join them.

“Ryan used to send me pictures and videos of the school and it was completely different to Airdrie, like Hogwarts,” he says. “The Royal Ballet school is in the middle of a park, a royal park, surrounded by deer.

“That lifestyle seemed so different, amazing.

“And when I saw the Royal Ballet perform for the first time I was old enough to watch a live performance and take it all in – the live music, the lights, the costumes and – I fell in love with it.”

Having already had three sons go through the process, the family knew that Reece would stand the best chance of gaining a place at what is one of the world’s most prestigious dance schools by joining its Junior Associates programme.

But this meant travelling to London every fortnight for classes. Fortunately, Airdrie-based business Albert Bartlett stepped in to offer sponsorship in a partnership that has continued for eight years.

Looking back, Reece realises how much effort his parents, who relocated to London when Reece joined the Royal Ballet School, put in to support their boys.

“Going through the process, I don’t think we realised how much work that must have taken to get us to where we are today,” he adds.

For seven months, the Royal Ballet – like all others in the arts – had to press pause on its performances, a huge emotional strain for dancers whose lifeblood is being on stage. Instead of daily company class in Covent Garden, Zoom classes were taken in dancers’ homes.

For Reece, who lives with fellow Royal Ballet first soloist Fumi Kaneko this meant class in their kitchen. 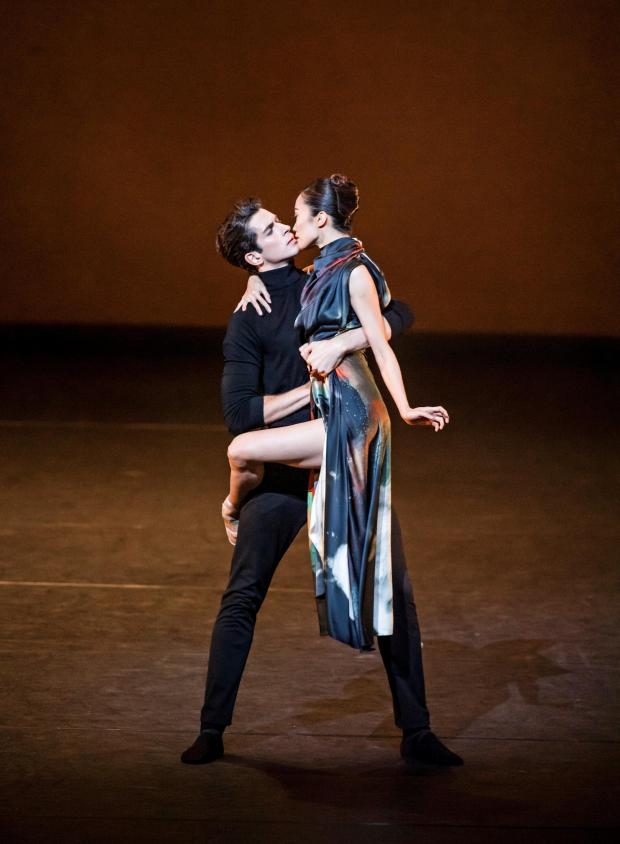 Reece said: “For us, life flipped.

“We went from being in the Royal Opera House performing six times a week, sometimes 10am til 10pm, and being around so many other people to some people being by themselves.”

Reece and Fumi recently worked on a project on Jersey with Albert Bartlett, dancing the duet from The Sleeping Beauty, which he says was a “massive deal” as a chance to perform again.

Last week the Royal Ballet reunited the whole company on stage for the first time in seven months for a gala performance available to watch online, an emotional event for the dancers.

Reece said: “Having that first sense of performance back on our home stage… when the curtains came down at the end of the performance there was tears going round, everyone was screaming – it was amazing.

“It took a lot of hard work behind the scenes to get us on stage. We’re going through the process of testing multiple times a week, having to wear masks in class and rehearsals.

“Even on the way down to the stage we’re covered in a mask and then right before we step on stage we’re allowed to take it off.”

In a feat of organisation, the company was split into dance bubbles so their interactions are minimised. Dancing in masks took “a long time to get used to”, Reece said but added, “Some people already train with masks on to improve their cardio.

“So the first week was tough but as dancers we’re tough creatures so we just put up with it to do what we love doing.”

Reece clearly adores what he’s doing. Lockdown, he says, gave him the time to reflect on why he dances. Performing was the answer. “That feeling on stage – there’s nothing like it,” he says. “Having the nerves and adrenaline moments before the curtains open and feeling the rush of applause at the end of the evening when everyone’s exhausted – there’s nothing quite like it.”

After five years in the Royal Ballet School’s lower school, Reece moved up to the upper school where dancers would normally spend three years. But just six weeks into his graduation year, he was summoned to the assistant director’s office for only the second time.

“I was thinking, ‘Oh my gosh,'” he says, “What have I done?” But it was good news – this was a Friday afternoon and on Monday morning he was expected to join the Royal Ballet company.

“I’d just bought my uniform for the final year and then I had two days to pack my stuff and join the company,” he added.

Reece had caught the eye of the company after winning two prestigious dance awards – but he also stands out as the tallest dancer in the company at just shy of 6ft 3in. While the stereotype is that tall dancers make good partners, for some ballerina’s his height takes getting used to.

“If I’m dancing with a new ballerina, sometimes they get nervous because of how tall I am and how long my arms are,” he says. “The first time I lift them above my head some of them scream because of how high they are off the ground.”

This time last year Reece and Fumi danced the lead roles in The Sleeping Beauty, one of the hardest classical ballets to perform, in a partnership that is the “highlight” of his career. Reece had danced the ballet previously but it was a first time for Fumi. 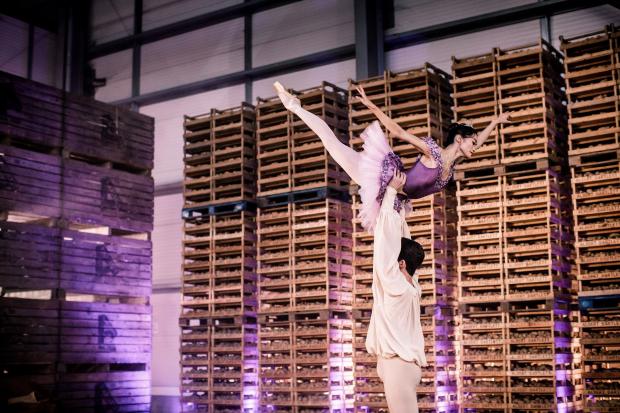 “Being able to be there for her and help her through that process and care for her on stage and off stage was exciting for me,” he says. “Those performances were some of the happiest moments of my career.

“I just felt so free and so trusting with her. And once you have that special connection with someone magic things can happen on stage because trust is so important in a partnership and if you really trust someone then you don’t have any worries or nerves.”

The Royal Ballet has plans for more gala performances next month and there are hopes of a specially adapted The Nutcracker for Christmas. Reece is excited for these short term plans but also for a long term career with the company, which, he says, has “welcomed him with open arms” and given him the chance to travel the world.

Ballet dancers have relatively short span on the stage, given the gruelling demands the art places on their bodies, so most have a plan for the next stage in their careers. Reece says he wants to inspire other young male dancers to take up ballet. 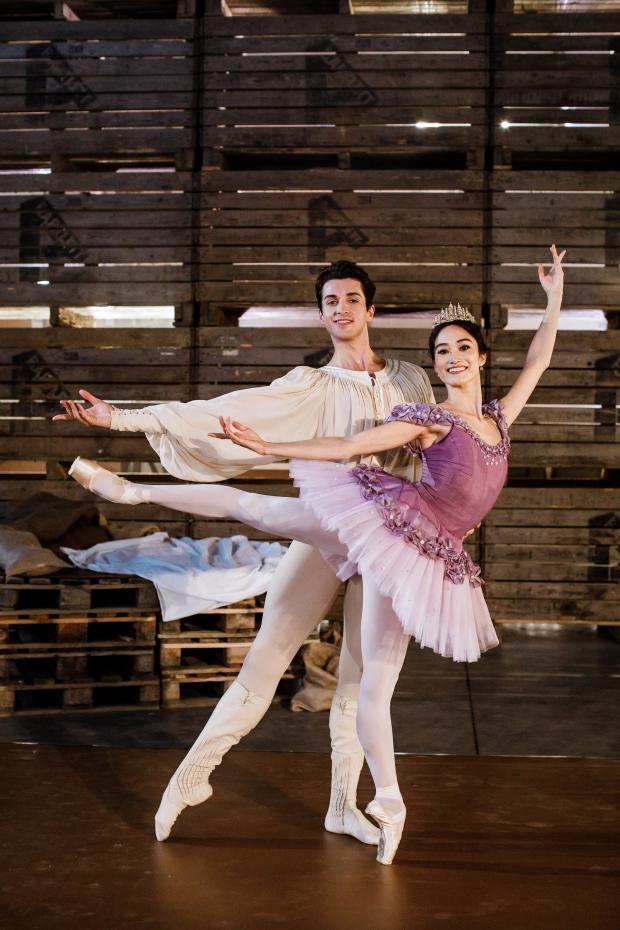 “Growing up, ballet wasn’t something boys did as a hobby,” he says, “I was teased growing up and you did get the name calling and things like that.

“I want to help promote that dance can be a viable career option for young male dancers and passing on the word about dance in underprivileged and deprived areas is something I’m passionate about.

“Some of those older stereotypes of it being fairies running around in tutus, are so damaging. It is improving but there’s a long way to go.

“As a next step for me might be getting the word out that it can lead to an amazing life, like what I’m living right now.”

Sir Rod Stewart’s assault case in Florida is unlikely to go to trial, a US court has heard. Glasgow Times | What’s On Glasgow …

Netflix have reportedly started to crack down on users who share passwords in a bid to avoid paying for their own account. Glasgow Times | What’s On Glasgow …

BLONDIE will play a show at Glasgow’s Hydro next November. Glasgow Times | What’s On Glasgow …

MICHAEL Ball and Alfie Boe will return to the Glasgow stage with a Christmas show next year. Glasgow Times | What’s On Glasgow …