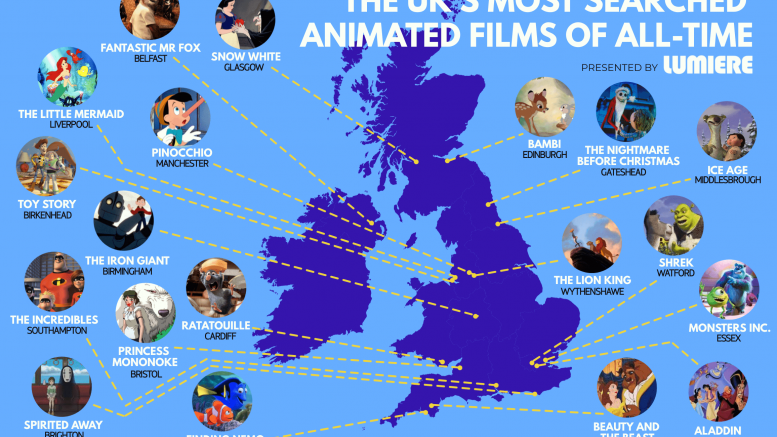 London animation studio Lumiere Studios has created a map showcasing the most popular animated films of all-time across the UK, using how many times the film has been searched on Google as an indicator.

As you can see, over the past 12 years Glasgow has searched for Snow White more than any other place in the UK. Clearly Glaswegians can’t get enough of dwarfs (seven of them to be precise) and poison apples!

Plymouth also scored top popularity marks for Finding Nemo, which shows that these seaside dwellers love the ocean even in animated form!

“For a bit of fun, we wanted to see if any places in the UK had notably favourite animated films based on their Google search habits.

When we started researching we realised that the data was so strong that we could create a whole map of the nation scattered with different popular films, and some of the data was really surprising. For example, we didn’t think that Toy Story would be so popular in Birkenhead specifically!

It just goes to show, when it comes to animated films, people are very loyal to their favourites.” – Lumiere Studios 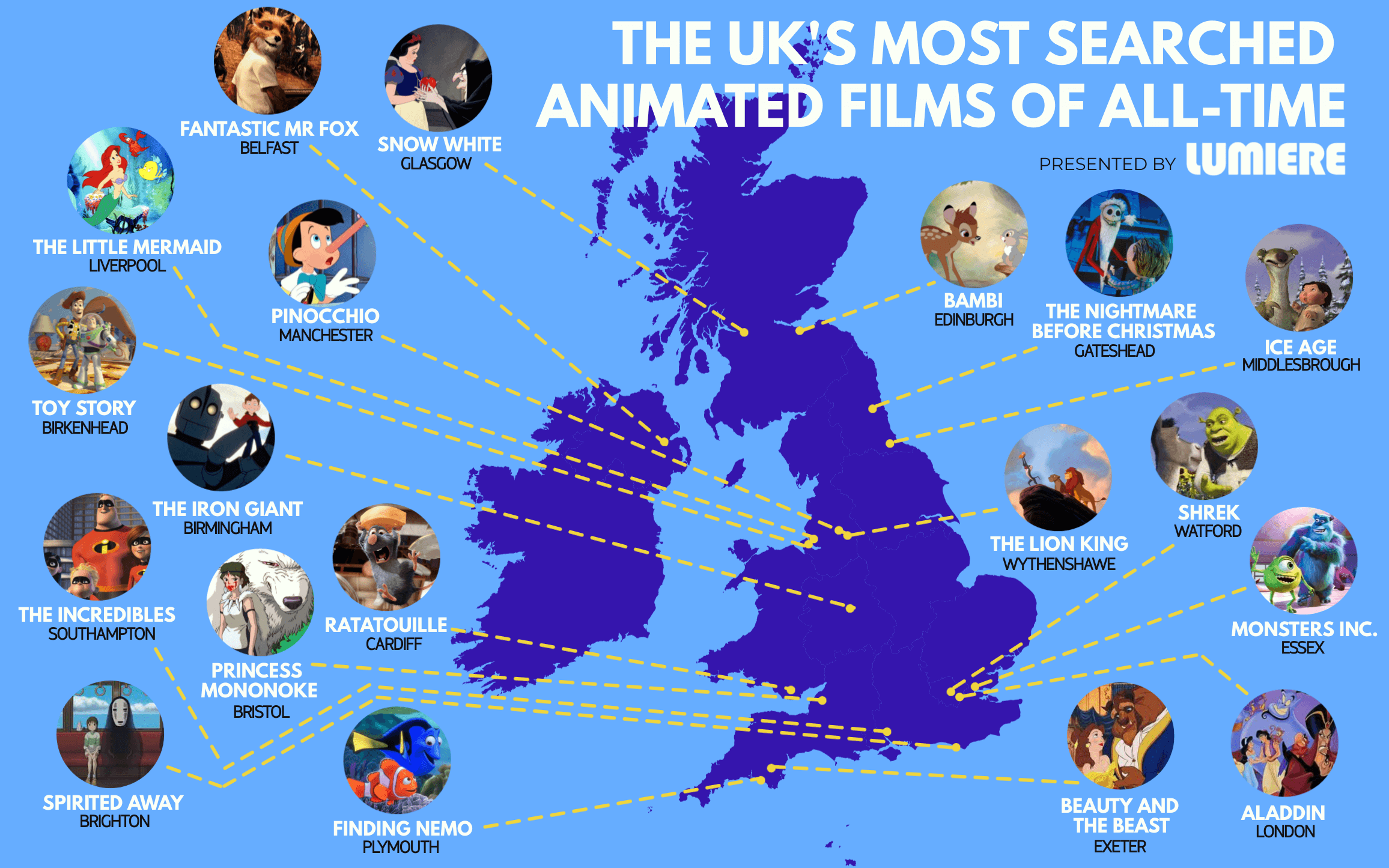