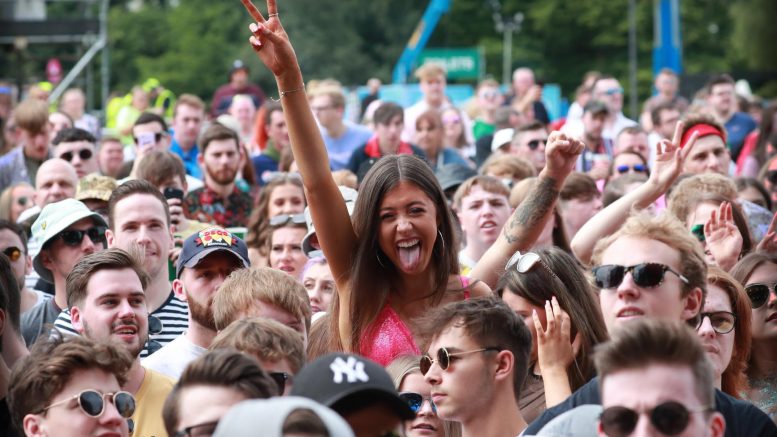 A MAJOR concert promoter warned gigs are unlikely to be able to go ahead without a vaccine – even with a one metre social distancing rule.

DF Concerts and Events, the largest promoter in Scotland, which stages TRNSMT festival in Glasgow Green and the Summer Sessions in Edinburgh, raised concerns the events industry was being ‘demonised as unsafe’.

The company, based in Glasgow, said major acts are unlikely to want to head out on tour again until the second half of 2021, due to uncertainty over the virus’s “long-lasting impact”, and that the entire production chain could be impacted.

The Scottish Music Industry Association (SMIA) has estimated that £18.5 million worth of losses have already been racked up and around 2,800 jobs are on the line.

The events industry is worth an estimated £430 million to the Scottish economy and supports 4,300 jobs.

Fiona Ellis, DF’s business support manager, said: “For me, having one metre social distancing is definitely not back to business in any way, shape or form.

“With one metre social distancing you could get more people into your venue but it would be just such a hard thing to manage logistically.

“Most people, if they were given space, would probably be able to stand about a metre away from each other.

“But it would be hard to stop people stepping out from their bubble.

“How would security manage that without encroaching?

“One metre is just as difficult as two metres unless you’re talking about seated concerts, but a lot of venues aren’t set up for that, which reduces capacity even more.

“For a 2,500-capacity venue you may only get around 800 people in, but that impacts on lots of different things.

“The fees you are going to pay for an artist are probably to be reduced, they’re probably going to bring a production with them that is not on the same level for that size of venue and that then affects the whole supply chain of people that are normally on tour.

“If you look at something like the Hydro, the logistics of having to space everyone out are quite phenomenal.

“They have said that they would only get 40 per cent of capacity at one metre.

“I can hear conversations happening now that this could be lasting into the middle of next year.

“Artists that are now coming forward are considering just booking into the latter part of next year.

“I feel this is going to have a long-time impact on the industry.

“I think we’re really going to have to get to the point of having a vaccine before we’re going to be back up and running fully.

“There is a concern that music might be getting demonised as unsafe right now.

“We’re going to have to do a lot to ensure there is public confidence that it will be as safe as possible when they do come back.”