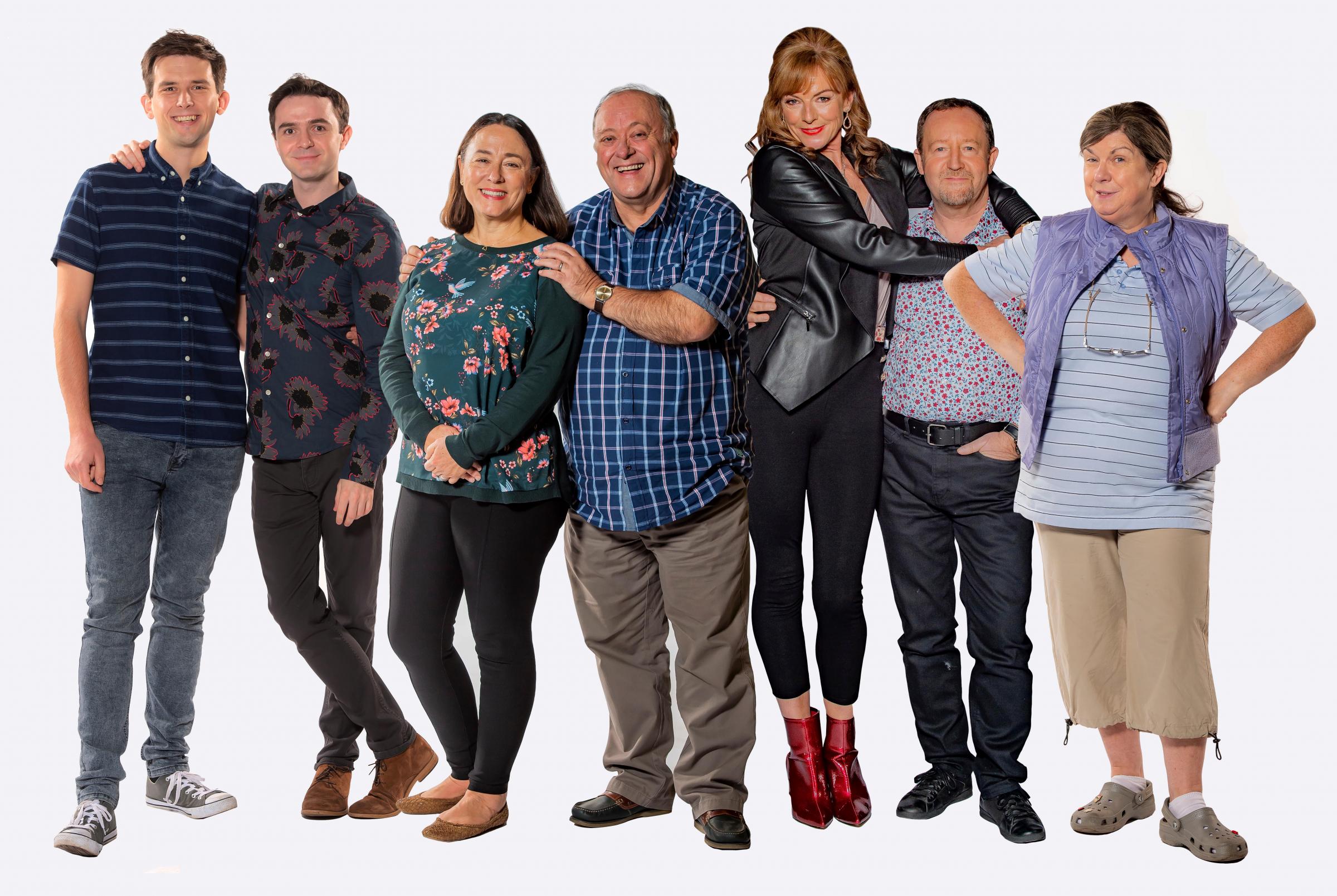 A CHRISTMAS special of Scottish comedy Two Doors Down will air this December.

Fans of the hit series which stars Elaine C Smith as Christine and Alex Norton as Eric will see the one-off festive episode on BBC Two and BBC Scotland channels.

It was previously announced in the spring that the show will be returning to UK screens for a fifth series on BBC Two next year.

Steven Canny, Executive Producer at BBC Studios Comedy which makes the series in Scotland, said: “I’m delighted that Two Doors Down is going to give people the neighbourly get-together they have been missing out on in recent times.

“Eric, Beth, Colin, Cathy, Ian, Gordon and, of course, Christine get together to celebrate in the way that only they can. This special episode is the complete package of uncomfortable comments, barbed compliments and, of course, a ton of laughs.”

Further details of the Christmas special will be released at a later date but it will feature Arabella Weir as Beth and Alex Norton as Eric – the long-suffering Bairds – and Elaine C Smith as Christine, Doon Mackichan as Cathy and Jonathan Watson as her husband Colin Whyte, Jamie Quinn as the Bairds’ son Ian and Kieran Hodgson as his boyfriend Gordon.

Graeme ‘Grado’ Stevely and Joy McAvoy, who play young couple Alan and Michelle, will not feature in the Christmas special but will be back for the fifth series, which is due to be recorded and shown next year.

Two Doors Down was launched with a Hogmanay special at the end of 2013 before going onto become the much loved series.

It has received multiple awards including the Best Comedy award at the 2017 Royal Television Society Scotland Awards and Elaine C. Smith won Best Actress at the BAFTA Scotland Awards in 2018.

THE FIRST images have been released of Glasgow-born star Kelly Macdonald in her new role for hit series Line of Duty. Glasgow Times | What’s On Glasgow …

IT may be a family affair for the filmmakers at Fellowship Films – but this time they are asking for help from their friends. Glasgow Times | What’s On Glasgow …

We speak to the rocker about life in lockdown, his new album, and…Rishi Sunak playing the Hydro. Glasgow Times | What’s On Glasgow …

IT IS A long way from the Royal Marines to sparkly Saturday night telly. Glasgow Times | What’s On Glasgow …

Singer Dominic Grant has died at the age of 71, his family have said. Glasgow Times | What’s On Glasgow …