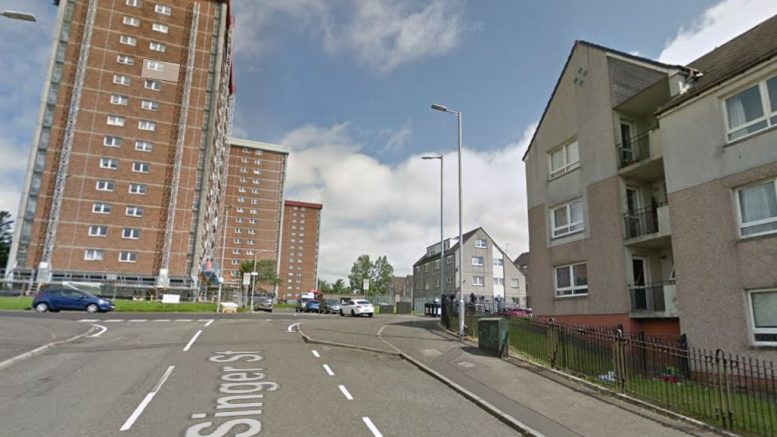 A woman, 34, has been arrested and charged in connection with the murder of a man in Clydebank.

The 38-year-old man was pronounced dead at the scene following the murder in Singer Street around 3.50am on Friday.

Police were raced to the scene in the early hours of Friday morning.

Officers remain at the scene as investigations into the incident continue.

An appeal for witnesses has been issued, asking for anyone with information to come forward.

The 34-year-old woman is due to appear at Dumbarton Sheriff Court tomorrow.

Detective Inspector Erin Renwick, of the Major Investigation Team, said: “A police presence will remain in the area for the time being to allow enquiries to be carried out.

“This incident is now being treated as murder.

“Although this happened in the early hours of the morning, I would urge that if you have any information surrounding this incident to get in contact with officers.