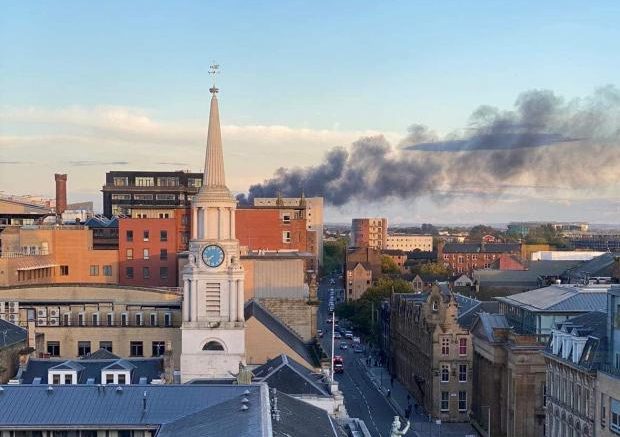 FIRE crews are currently tackling a blaze in the East End of Glasgow.

The Scottish Fire and Rescue Service confirmed that they are currently at the scene of the tyre fire in Duke Street, near to the Forge Shopping Centre.

A spokeswoman said that two fire engines were sent just after 6pm.

Smoke has been seen billowing across the city.