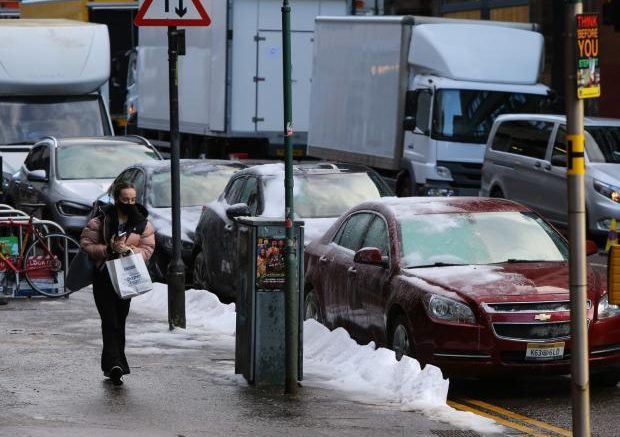 This year was no exception with many production companies choosing to travel here to film various projects.

The city played everything from Moscow to Gotham and lucky Glaswegians were teleported to different countries and even times.

Here is a list of different films and TV shows that were shot in Glasgow this year:

The HBO Max production, starring Leslie Grace began filming in Glasgow in early December and is set to be released in 2022.

The production crew turned the city’s streets snowy and icy for the shoot as passers-by crossed the set.

It has also recently been revealed that Michael Keaton will return as the iconic superhero, Batman.

The BBC drama starring Glaswegian actor Iain De Caestecker is currently in the works across multiple locations in the city.

The story follows a Scottish Ambulance Service handler and is set in Glasgow.

The thriller will be available on BBC One once production is finished.

The city travelled back in time to celebrate the moon landing this summer for the newest and fifth film of the popular franchise.

Dressed in American flags and shops, multiple city centre streets were involved in the filming.

It stars Harrison Ford, who didn’t travel to Glasgow, and Phoebe Waller-Bridge, who was spotted at the shoot.

Indiana Jones 5 is scheduled to be released in July 2022.

Glasgow had its fair share of masked DC vigilantes this year. The Flash was filmed here in the summer.

The shoot provided onlookers with a unique experience as Batman sped down the city’s streets.

Even George Square’s webcam was shut off while the cameras were rolling.

Another DC production took over the city last February, when Robert Pattinson’s stunt double was seen roaming on the bat bike.

Scenes for the film were shot at the Necropolis cemetery, where Catwoman was also spotted, played by Zoe Kravitz.

The film’s release date is set for March next year.

At the beginning of the year, Glasgow transformed into 1980s’ Moscow for the shoot of Tetris, starring Taron Egerton.

The production was shot at multiple locations in the city, which served as a substitute for the Soviet Union.

It is yet to be confirmed when the film about the popular computer game will be released.

The children’s fantasy adventure, Man & Witch was filmed in the city at the beginning of the year.

It will pay homage to 80s cinema and star Sean Astin and Christopher Lloyd.

Its release date is not yet confirmed.

Also in early 2021, the six-part crime drama Annika was filmed in Glasgow.

The story is about a woman leading the Marine Homicide Unit and it stars Nicola Walker.

Annika is a UKTV original and is available now.