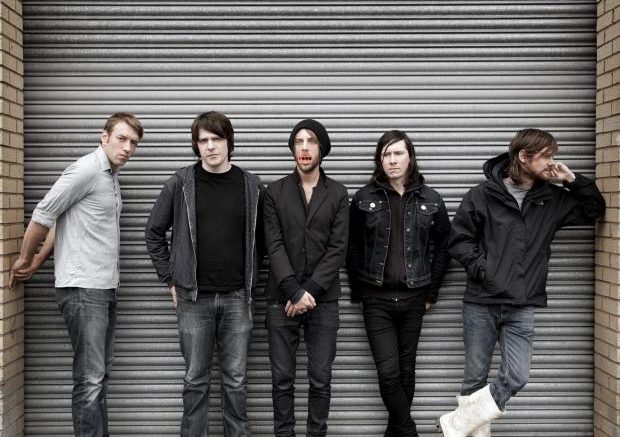 AFTER more than a quarter of a century fronting Scottish rockers Idlewild, six successful solo albums and a career penning thoughtful, poetic lyrics stretching all the way back to his teens, you might think Roddy Woomble has this songwriting thing sussed.

He disagrees. “Songwriting is a mystery,” he says, in a chat ahead of his forthcoming gig at Frets Concerts in Strathaven next month.

“There is no one way to write a song. Some people think they know it all about songwriting, and can teach it or whatever, but to me it’s a mystery. I know no more about it now than I did 25 years ago.

“I don’t seek out inspiration, I tend to just absorb it from living my life – reading books, watching films…it seeps into your subconscious and you create your own version of it.

“So yes, the songwriting was different on this record but it’s really difficult to explain why.”

Roddy is looking forward to the gig – to all his gigs, he says, with a laugh. “It’s good to be doing anything at the moment, isn’t it? Me and Andrew [Mitchell, his Idlewild bandmate and writing partner) just finished a two-week tour around the UK and it feels like a miracle it happened at all.

“I think there’s different attitude to concerts now. Not that I ever took them for granted, but it seems different now. For audiences too – it has been so long, and it’s great everyone is starting to come out now.”

“I’d never done that before – I know lots of people have been doing it for years, but not me,” he says. “I’m a collaborative songwriter, I like being in the studio, being with people.

“Andrew has a studio in Dundee, so I’d write the songs, record them on my phone and send them to him.

“There was a lot of backwards and forwards, and in the end I think we only spent about two or three days together in the studio, once lockdown eased briefly in the summer of 2020 before starting again.”

Roddy adds: “But sometimes I think limitations in creative practice can be quite freeing. When you only have so much money, or so much time, to do something, you have to make the most of that.

“This is a record of circumstances. But although it is a very different record, I actually think it’s one of my best.”

Roddy was born in Irvine and now lives on the isle of Iona. In between, he moved around because of his dad’s job – he worked for tyre company Michelin – living in France, in England, in Carnoustie and in the USA.

“I always knew I wanted to be an artist of some kind and music seemed – not easier, but the best way to express myself creatively,” he explains. “At 14, I was at high school in America, and me and some friends formed a band.

“It was the late 80s, and it felt like a great time to be into underground music, there were lots of cool bands around.”

He grins: “It was like belonging to a secret club. When we moved back to Scotland two years later, I formed another band, and we never did covers, we always wrote our own songs. So I’ve been doing that ever since. I still loved visual art and film – that’s what I studied in Edinburgh – but I loved the camaraderie and collective spirit of being in a band.

“It felt much better than being on my own in front of an easel all day, trying to paint something.”

Roddy formed Idlewild in 1995 with drummer Colin Newton and guitarist Rod Jones and the band were all set to perform a 25th anniversary tour in 2020, when the pandemic hit and the gigs were cancelled.

“Until I walked out on stage each night, I honestly didn’t believe it was actually going to happen, just because of the way things have been over the last two years.”

He adds: “But it was great to play the songs again, and we got all previous members of the band over the years to play with us, so it was a real celebration of the Idlewild family.”

It was ‘less frenzied’ than it might have been, he acknowledges, thanks to a combination of everyone in masks “and the fact our audience is now all over 35, rather than teenagers,” he jokes.

“But it was a special tour.”

Roddy has been releasing solo albums since 2006, and he agrees they will fit the laid-back, intimate vibe of Frets at the Strathaven Hotel. “When people talk of my solo work they tend to associate it with the first album, which was essentially a folk record – I worked with John McCusker and there were a whole load of folk musicians on there,” he explains.

“I’ve actually never made an album like that since. Recently, it’s been electronic, ambient and while I wouldn’t say acoustic, certainly melodic, so not obscure. But all my records have been quite different. Intimate is a good way of describing it.”

He smiles: “And also a good way of saying ‘small crowd’ if no-one turns up…”

READ MORE: From Altered Images to Lloyd Cole – the unlikely venue hosting top Scottish acts of the 80s and 90s

As well as his solo tour, which takes in Paisley and Aberdeen, Roddy will be back on stage with Idlewild for Edinburgh’s Connect Festival in August to celebrate the 20th anniversary of the release of their album, The Remote Part.

“It’s great because when we get together it’s a chance to play these loud, rock songs, but also we don’t get to see each other that much so we can hang about together, have some nice food and a few beers,” he smiles.

“Idlewild never split up, it just slowed down, I suppose – it’s not the main thing for any of us any more, we’re all living different lives.”

Roddy adds. “But it was something we created that is important to a lot of people, and we are very proud of that.”

Roddy Woomble headlines Frets Concerts at the Strathaven Hotel on Friday, May 13, supported by Lavinia Blackwall and Docken Leaf.