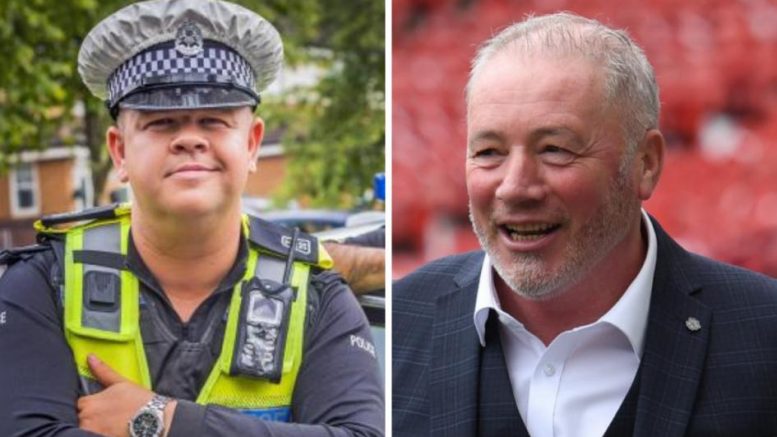 Scot Squad fans have reacted to Grado’s impression of Rangers hero Ally McCoist in a look at the new series.

As the eighth series of the popular comedy show kicks off, the Gers-daft actor/wrestler shared a clip of him as PC Hugh McKirdy alongside Manjot Sumal as PC Surjit Singh in a sketch.

The traffic cop duo are trying to pass the time and McKirdy begins doing impressions and says one of the football pundit’s most-used phrases.

He says: “I’ll tell you something Darrell, make no mistake about it.

“On first viewing, I thought he’s not speeding. But as I watch it back, he is. He absolutely is, it’s brilliant.”

PC Singh asks: “Is that McCoist?”

Rangers midfielder Scott Arfield responded with a laughing emoji, while former player Graham Dorrans commented that the impression was “amazing”.

Glasgow comedian Gary Faulds wrote that it was “outstanding”, while American fellow wrestler Chris Hero admitted that he got “zero” references, but still laughed.