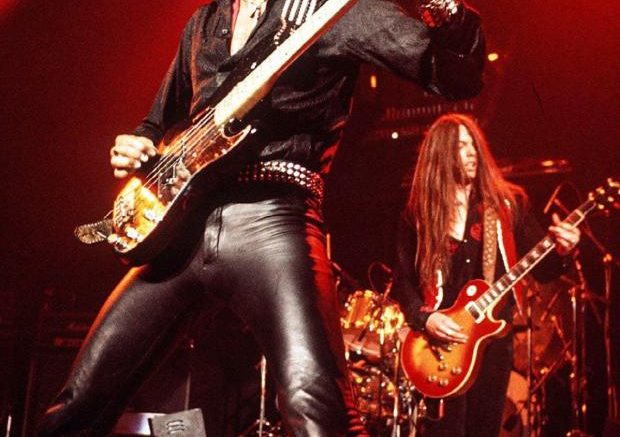 GLASGOW fans of rock stars Thin Lizzy – including some who saw the band’s legendary performances at the Apollo – have shared their memories for a new book.

Thin Lizzy – A People’s History brings together more than 400 previously unpublished eyewitness accounts of the band in action from their Dublin roots to their break-up in 1983. 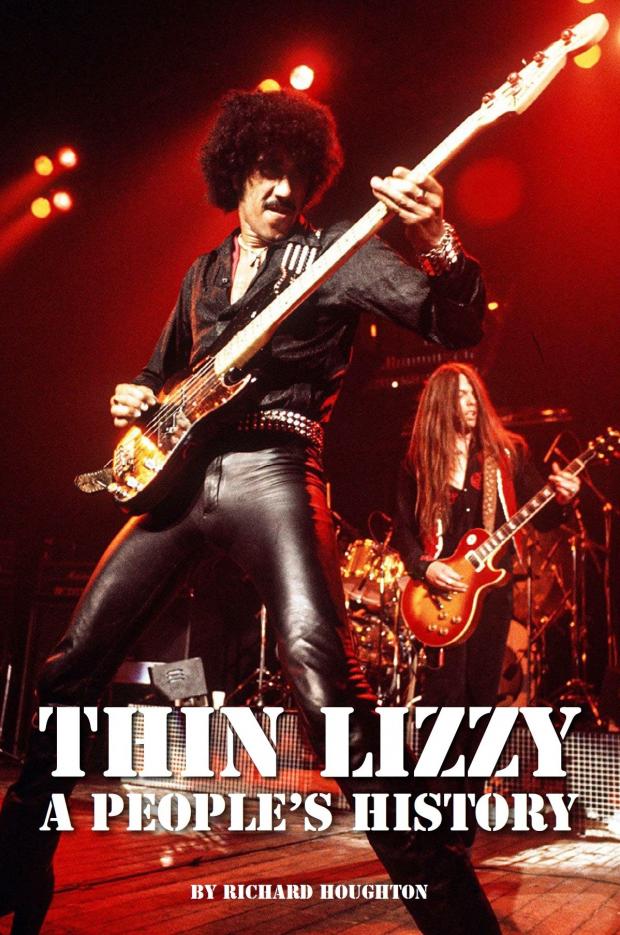 Music historian Richard Houghton, who compiled the book, explains: “Thin Lizzy are remembered for hits such as Whiskey in the Jar, The Boys are Back in Town and Dancing in the Moonlight. But they are also remembered for exhilarating live performances – the twin guitars, the explosive drumming, the dry ice, the police sirens and the flash bombs, all orchestrated by frontman Phil Lynott.”

Thin Lizzy’s reputation as a live act was built upon years of gigging around Ireland and the UK from 1970, including frequent stop-offs at Glasgow’s Apollo Theatre.

Richard adds: “The early incarnation of Thin Lizzy had a hit with Whiskey in the Jar, but they exploded into the public consciousness after recruiting two new guitarists, including Glasgow-born Brian ‘Robbo’ Robertson.” “They were supporting Bachmann Turner Overdrive,” she recalls. “I went with my friends Janice, Ian and Johnny. At the end of the show, we left through a door at the side of the stage. We noticed a narrow passageway which led to a tiny dressing room where we found Phil Lynott, guitarist Scott Gorham and drummer Brian Downey.”

“We asked where Robbo was and Phil said he had ‘gone home with his mammy’. I got my programme autographed before we had to leave to catch our last bus.”

In October 1976, Thin Lizzy headlined at the Apollo for the first time. Evelyn Hunter recalls: “They came blasting onto the stage to sirens and an explosion to the start of Jailbreak. It left me coughing for ten minutes as I was near the front – but it was a great night. If I put on my records, I’m right back there.”

Thin Lizzy’s last visit to the Apollo was in 1983. Cameron Martin was there.

‘It was the night Phil Lynott stopped a riot,” he says. “The Apollo had a stage that was 15 feet high. When Phil shouted: ‘You wanna come a little closer?’ I jumped over the front row. The bouncers were not letting the fans past and the issue escalated until Philstopped the band playing. I thought he was going to jump in and start fighting with the bouncers. Needless to say, they backed off. The rest of the gig was absolute mayhem.”

Did you see Thin Lizzy in Glasgow? Get in touch with Times Past to share your stories and photos.

Thin Lizzy – A People’s History (Spenwood Books) is out on July 8.