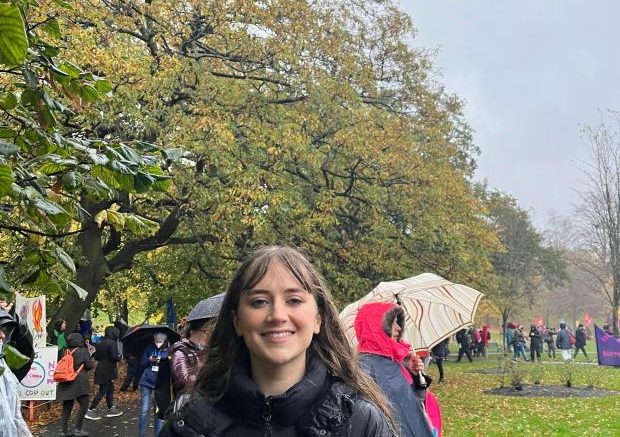 MORE THAN 100,000 protestors marched through the streets of Glasgow today in what is believed to be one of the biggest demonstrations the city has ever seen.

Climate activists from across the globe massed in the West End and marched through the city centre in a unified demand for urgent climate action.

Despite the heavy rain, the atmosphere among the tens of thousands remained high and contagious as the procession made its way to Glasgow Green.

The event was attended by trade unions, animal welfare organisations, COP delegates, indigenous communities and locals on the Global Day of Action for Climate Justice.

Glaswegians revealed they were “proud” of the turnout on home soil.

Lauren MacDonald, climate activist for the Stockcampbell Campaign, said: “I want today to be a clear message to governments that we will not compromise until we get climate justice for everyone.

“I hope that people who attend this march will feel empowered and strong enough to move forward. People are campaigning all over the world and firmly believe in climate justice and are willing to stand in the rain all day for it.

“I hope it makes world leaders uncomfortable sitting inside the conference today knowing that more than 150,000 of us are out here showing them that they’re not doing enough and we won’t accept it any longer.

“It’s overwhelming to have this in Glasgow – COP26 has been a really strange time. It has been so beautiful and heartwarming to see so many powerful campaigners congregate in my city.”

Although a demonstration of around 30,000 was held for young people in Glasgow yesterday, campaigners of all ages lined the city’s streets in a fight for their future. 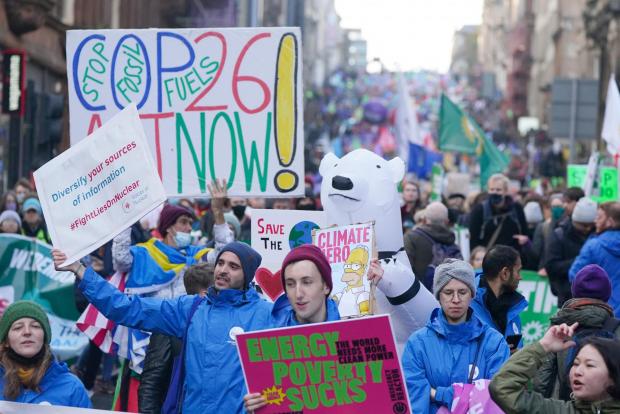 Calum Grey – from the Southside – urged governments to listen to the masses “before it becomes too late”.

The seven-year-old said: “If we don’t make changes now, it’s going to make life very difficult for people my age when we grow up.

“The government needs to listen to the protestors today and make the changes very soon before it becomes too late and we can’t go back.”

Meanwhile, organisers from the COP26 Coalition said the event was staged to secure a healthy future for younger generations.

“They’re frightened about their futures and that is a horrific state of affairs to be in”, said Francis Brewer, also from the Southside.

“What world leaders are pledging at the moment is going to kill us – our generation is not going to grow old in the way that our parents have done.

“There have been 25 COPs previous to this one. If they have a 27th summit they’ll talk, make great pledges and then everything will go back to normal.

“The Paris Agreement was hailed as a great victory but they haven’t followed through on the empty promises that were made. 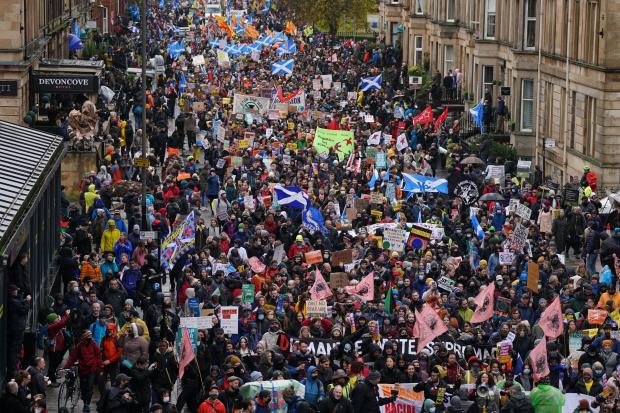 Other groups called for reform of the economic system and linked the climate crisis to global inequality and structural racism.

SNP cllr Graham Campbell, who marched with the Migrant Justice and Anti-Racism Block, said: “I’m delighted that people from all over the world have turned out to protest around this summit.

“It’s necessary to protest, people from indigenous communities are here and they are fighting for their future.

“We’re here from the Migrant Justice and Anti-Racism Block because we felt it was important to make the point that climate change is racist – the system that is used is institutionally racist and genocidal towards the indigenous people.

“I’m so pleased that Glaswegians have come together to make the point that our lives matter, indigenous people’s lives matter and black lives matter – all of these issues are linked to climate change.”

Demonstrators repeatedly expressed exasperation that world leaders were failing to tackle the problems in the face of the climate emergency.

The unified message appeared to be crystal clear – protestors want to see governments make imminent changes in an effort to curb the crisis at the eleventh hour. 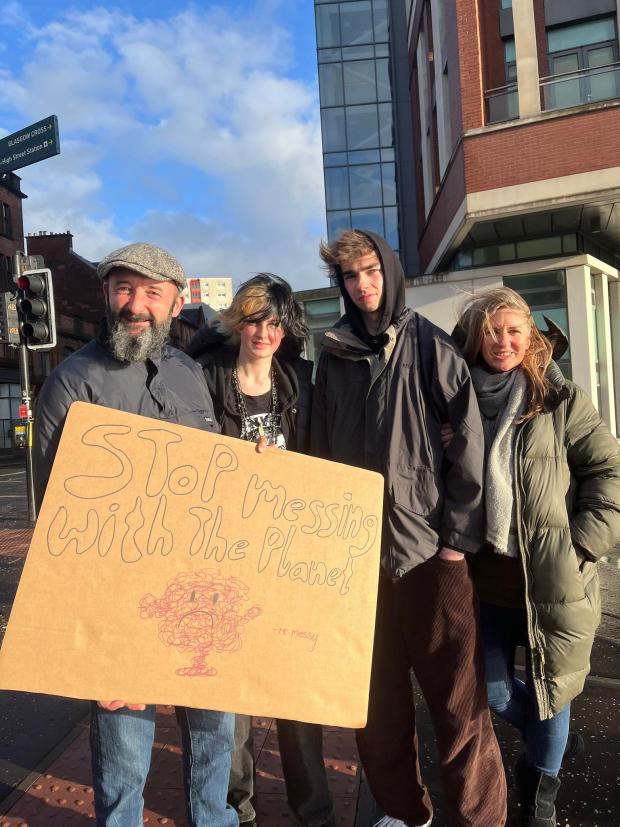 Ken McLean, from the East End, said: “There is a complete lack of action on climate change and lack of policy on it too.

“The personal message I am interested in sending out today is that consumption is driving emissions and we need to tackle consumption.

“Our emissions need to drop as quickly as they can. We shouldn’t be setting misleading deadlines in the future of when we hope to have them dropped – we should be acting on that now.

“I’m incredibly proud of the people in Glasgow for turning out on the streets today to call for change. It has caused a lot of disruption so I hope something decent comes from it.”

Bob Kay, from Whiteinch, said: “I hope the world leaders take notice of the march today and do something about it. If they don’t, there will probably be a lot more marches to come.

“Protests of this scale send a clear message that the people want change and politicians should not just stand there.

“We’re really proud this march has taken place in Glasgow, I think it’s very much part of Glaswegian philosophy that we have this great sense of fairness and justice and that we will always fight for it.”

The march was followed by speeches and live music at Glasgow Green – with thousands of activists still making through the entrance archway hours after the event was due to end.

Frequent chants of “climate justice” could be heard among the thousands between the songs and climate talks.

Be the first to comment on "COP26 Glasgow: Thousands march through city in climate justice protest"